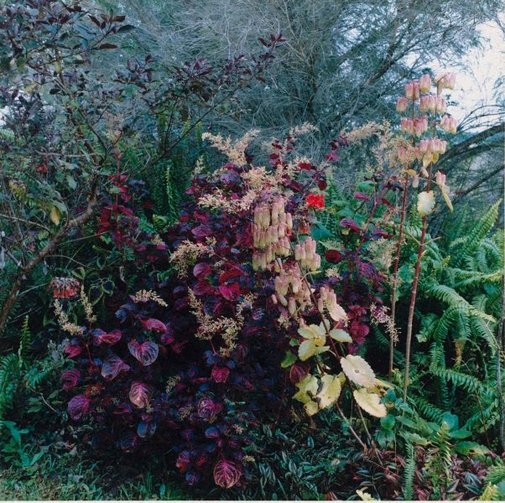 These tightly framed photographs of dense foliage possess a chromatic vibrancy that is not present in her delicate and spare black and white work. Here Tyssen photographs the landscape while denying the horizon line. All we see is a tangle of leaves and undergrowth and are given very few pictorial cues with which to orient ourselves in the landscape. The shallow space flattens perspective and induces a sense of claustrophobia that enhances the intensity of the composition.