Study for 'Portrait of Brian Penton' 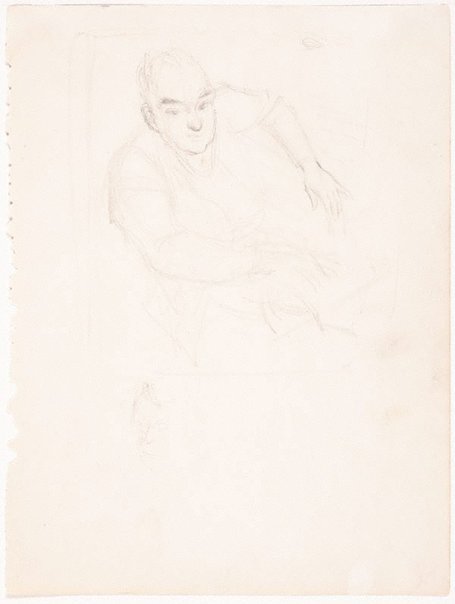 This sketch is a study for the 1942 oil on canvas portrait Dobell made of Brian Penton, which is held in the Packer family collection. Its subject, Brian Penton, was a significant Australian journalist and newspaper editor in the first half of the 20th century. He worked as a speech-writer for the prime minister SM Bruce, and for his predecessor WM Hughes. He also worked as editor of the 'Daily Telegraph' in the 1940s, renowned for his editorial coordination and flair.

William Dobell won the Society of Artists' travelling scholarship in 1929 and travelled to London where he studied at the Slade School from 1929-30. His studies were underpinned by a traditional approach and an emphasis on the importance of life model drawing. Drawing continued to be a significant component of his work throughout his career. His contribution to art in Australia is recognised with the Sir William Dobell Prize for Drawing.

Browse other works by William Dobell