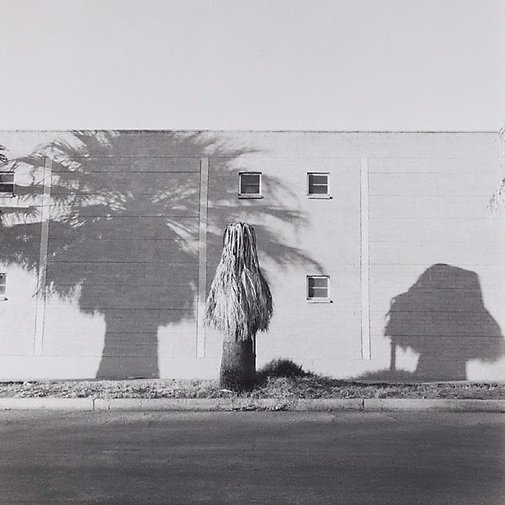 In the portraits of trees taken in the 1980s Tyssen demonstrates a keen awareness of the camera’s ability to simultaneously document a scene and encode it with metaphoric intent. The motley crew of trees that Tyssen photographs stand isolated and out of place in their environments. All are subject to the intrusion of the man-made; they are over groomed, constricted by plastic or displaced in an expanse of concrete. In their plight against the synthetic and artificial the trees are personified; the viewer is implored to feel sympathy but also register the absurdity of each tree’s predicament. Severed from their natural environments they become tragi-comic protagonists in episodic narratives.