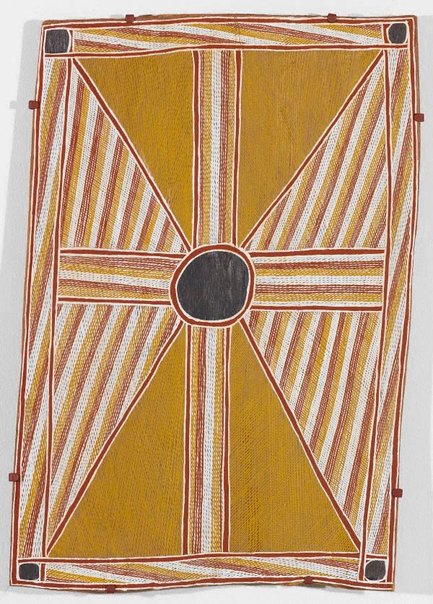 The two Djang'kawu sisters came from the east; they changed their language when they got the Dhamala. They named the people and the places and they became part of the tribe.

This is Milmindjarrk where the waterhole is. This area is called Dhamala. When the two women were travelling those two Sisters, they named the tribes, they changed their language.