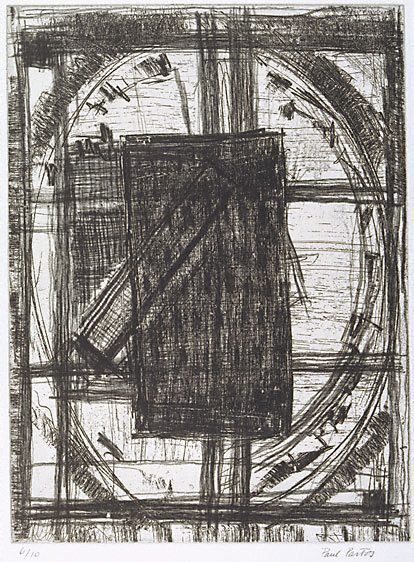 Paul Partos was born in Bratislavia, Czechoslovakia and arrived in Australia with his parents in 1949. He studied painting at RMIT 1959-62 where he taught in the late 1960s after travelling and working in Europe and the UK in 1965. From 1970-72 he worked at the Australian Consulate in New York, and taught at the Victorian College of the Arts 1973-87.

He first made etchings while a student at RMIT where he was friends with George Baldessin, but he found it difficult and abandoned the technique until he was teaching at the Victorian College of the Arts some twenty years later.

"Perhaps the most interesting thing about etching is that there is always the element of surprise. it is possible to force an image out of the plate and be surprised by something which normally should fail, and on another occasion to be sparse and casual on the plate and yet retain an urgency and directness of image.
I think of etching as an image in a mirror, without the source being in front to reflect itself. In painting, the physical issues are present on the surface; in etching they are a reflection of an action which has taken place elsewhere, at another time". ('Paul Partos on paper', Sydney: Garry Anderson Gallery and Melbourne: Realities Gallery, 1987, pg. 10)

Browse other works by Paul Partos 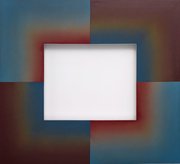 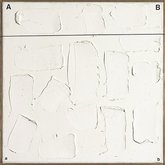