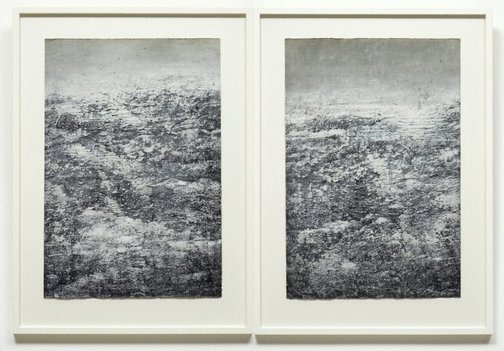 Anne Judell studied at RMIT from 1959-62, and took up painting full time in 1974. She has exhibited her work in over twenty solo exhibitions since 1976, including a retrospective organised by the Campbelltown Regional Art Gallery in 2002. Her work is in major public collections including the National Gallery of Australia, National Gallery of Victoria and Parliament House, Canberra, as well as numerous regional, corporate and university collections.

Judell works mainly in pastel, charcoal, pencil, or oil and wax on canvas. Her art practice is informed by her interests in Buddhism, Tai Chi and meditation, philosophy and science. She has lived in the Southern Highlands since 1995, where she finds the beauty of her environment and its solitude conducive to her work.

'I spend half my life closely observing the natural world. The other half I spend in the studio, attempting to translate this experience into two-dimensional form. I am always drawn to the minutiae exposing the evolution of form. Fragility, intimacy, cycles and sequences are what interest me, as opposed to the heroic and the sublime'. (Anne Judell, Wilson St Gallery website, www.wilsonstreetgallery.com.au/pages/artists_details.php?artistID=113, accessed 8/1/2013)

Judell commenced work on this drawing in 2005-6, in a horizontal landscape format. Dissatisfied with it, she returned to the drawing in 2011, tearing the sheet in two before reworking it.

'(it) is named 'Highland' because that is the area I live in. A lush landscape, with views over the sea. The work is not representational, but does have echoes of this landscape environment'. (Anne Judell, artist’s statement 2012, AGNSW files)

'Highland' was selected as a finalist in the 2012 Dobell prize for drawing.

Browse other works by Anne Judell