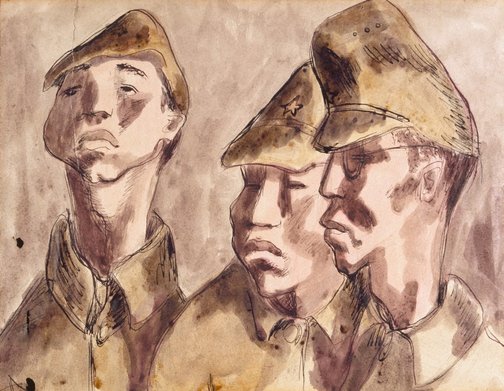 Watson studied at the East Sydney Technical College, and won the NSW Travelling Scholarship in 1939. The Second World War delayed his departure - he was not to travel to Europe until 1947-51. In the meantime he was appointed as an official War Artist in 1942, in which capacity he served in New Guinea and Borneo. He won the Wynne Prize in 1940 and 1945. He taught at the Alexander Mackie College, Sydney from 1962 to 1972, and was well known as an artist, collector and lecturer. Watson died in 1972 aged 52.

Browse other works by Douglas Watson