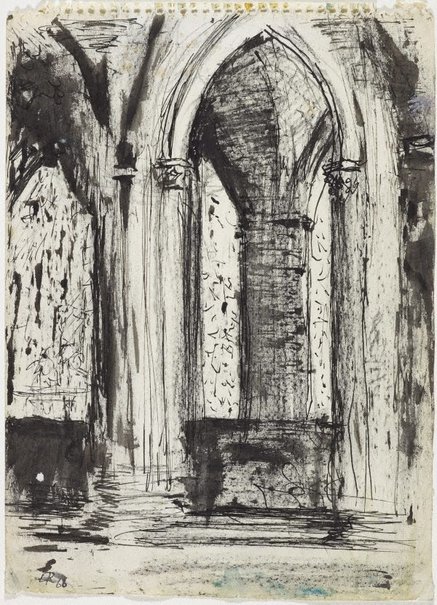 Chartres Cathedral continued to attract Rees's interest from his first visit to it. He visited the Cathedral in 1953 (twice), 1959, 1966 and in 1973 when he spent five days working almost full-time in the Cathedral.

On 14 October 1966, en route from Athens to Venice, Rees wrote to his son and daughter-in-law:
"Will see Chartres in a matter of a week or so."

According to Marjory Rees's diary on 29 October 1966:
"Chartres - to Cathedral and windows seem lovelier than ever ... L. makes a drawing of [river] bank which reminds him of Holland and then back to the Cathedral. Wander round & L. makes another sketch & falls sound asleep - I wake him at 4pm and we get our train."

Gift of the artits's son and daughter-in-law, Alan and Jancis Rees 1999