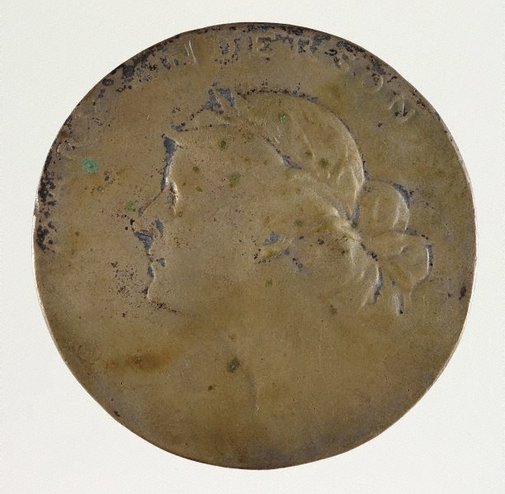 In the early 20th century, Dora Ohlfsen was considered one of the world’s most highly regarded sculptors of medallions.

Ohlfsen made her name creating portraits of the rich and powerful. In her studio salon in Rome, Ohlfsen and her partner Elena von Kügelgen and would entertain nobility, church leaders and the literary and artistic figures who made up the sophisticated art scene in Rome.

Mary Antoinette Anderson (1859-1940) was an American stage actress. She was also billed as Mary Navarro during her silent film career. After a very successful stage and screen career she married Antonio Fernando de Navarro in 1890 and settled in England in the Cotswolds. Ohlfsen was the guest of Anderson there, where she modelled this medallion. 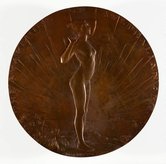 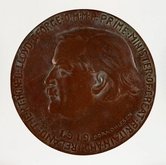 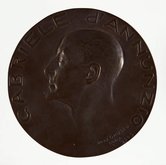 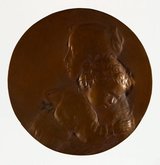