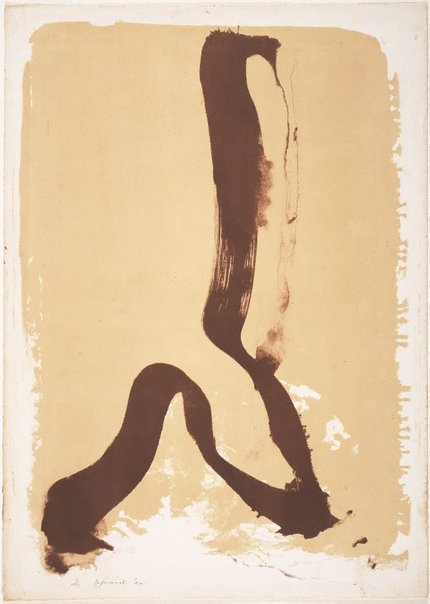 Peter Upward was born in Melbourne in 1932; much of his childhood was spent at Warrandye, attending an alternative school where he was briefly taught by Danila Vassilieff. He commenced studies in art at Melbourne Technical College in 1951 but soon left for Sydney, where he studied at the Julian Ashton Art School under John Passmore, who encouraged his interest in abstraction. He returned to Melbourne in the late 1950s but returned frequently to Sydney by 1959, eventually establishing a studio in Woolloomooloo.

Upward is probably best known for the work he made in the early 1960s created in Sydney (and then London, from 1962). This period saw the creation of a large body of abstract paintings with a limited palette of poured paint and gestural marks, which firmly established his reputation as a major figure of his generation. While these works are often described as 'abstract expressionist', Upward's work was influenced by a number of sources, including reproductions in international books and journals, his readings on zen (particularly the book Studies in zen by Daisetz Teitaro Suzuki) and his interest in Chinese and Japanese calligraphy.

Purchased with funds provided by the Australian Prints, Drawings and Watercolours Benefactors' Fund 2013

Browse other works by Peter Upward