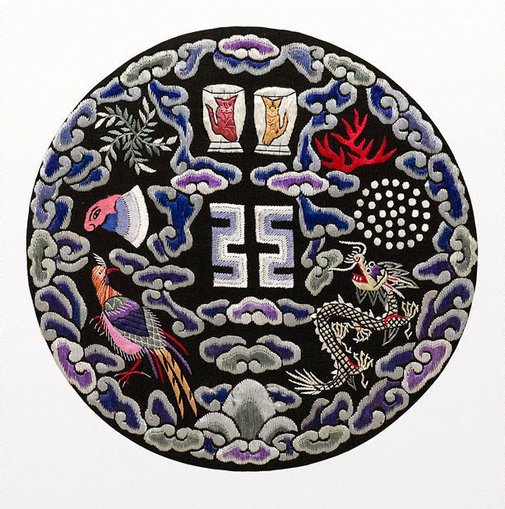 Yuan Shikai (1859-1916), an official in Qing imperial government, proclaimed himself the first President of China after the 1911 Revolution. He reminisced about the old empire with its traditions and had hoped in 1915 to restore vestiges of it primarily leading the way himself. One of the customs he sought to restore was the ranking system. His officials were to be ranked using the 12 Imperial Symbols, and the highest official was to wear nine symbols as on this roundel. They include: dragon, pheasant, libation cups, fire, waterweed, mountain, the character ‘fu’ for good luck, plate of grain, and an axe. A number of medallions were created but never worn as intended since Yuan faced a number revolts to his rule before his death in 1916.

Gift of Judith and Ken Rutherford 2005