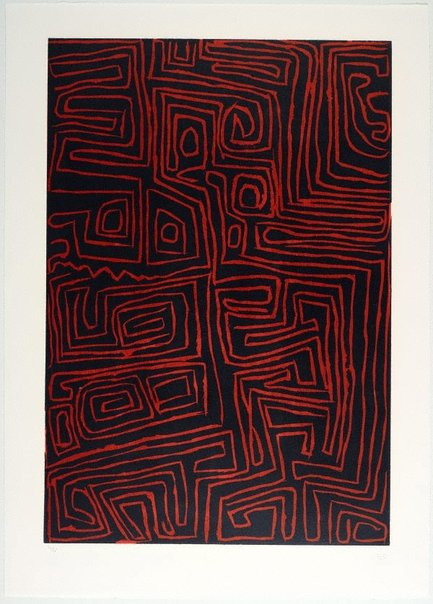 Fred Ward Tjungurrayi was born at Purkitjarra (east of Kiwirrkura) and came in to Warburton in the 1960s. In August 1987 he returned to Kiwirrkura and began painting for Papunya Tula Artists, achieving great prominence in a relatively short period of time. His first exhibition was held late in 1987 and in 1989 he won the Northern Territory Art Award. For a period of roughly ten years Tjungurrayi did not paint, as he moved away from the reach of Papunya Tula Artists and did not have ready access to materials and infrastructure, until the establishment of Kayili Artists at Patjarr in 2004.

Tjungurrayi is one of the leading artists working at Patjarr recognised for his bold depictions of the Tingari, as seen in 'Tingari' 2012. Tjungurrayi has said of this work:
'The Tingari people, men, women and children travelled north through Wirrintjunku, Pukaritjarra, Tarkal, Nyun and Kirritj as they moved forward to Tjukurla, Tingari song cycles depict the route of people who travelled from the sea near Port Hedland to the northern part of the central desert. It also refers to the route and the people who followed that route'.