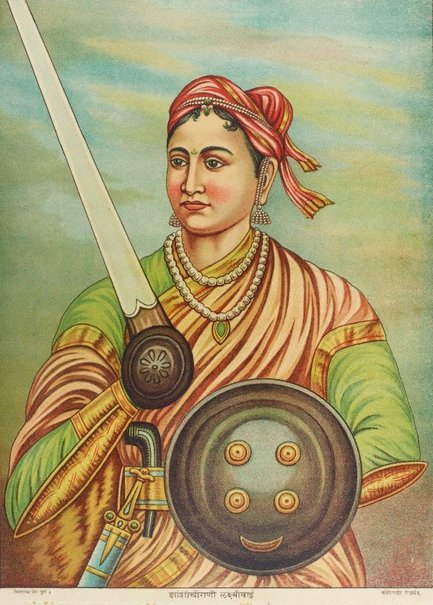 The Rani of Jhansi was a leader in the 1857 uprising. She remains the stuff of legends, the warrior queen on horseback fighting for the restoration of her kingdom. Her military prowess was greater than any other rebel leader and she was the only major leader to die on the battlefield. In this image, she is shown dressed for battle holding a sword and shield, yet she is both militaristic and feminine. The print is from the Chitrashala press in Poona, one of the centres of nationalist resistance to British rule after the British victory during the Indian Rebellion in 1857. Three inscriptions, probably in Hindi, along the base.

Browse other works by Chitrashala Press