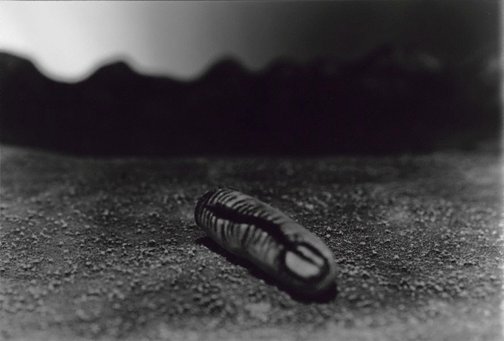 Ronnie van Hout majored in film studies at the School of Fine Arts, Canterbury in 1980-82. Later he studied print-making (1984/85), photography (1989/91 - with Laurence Aberhart), and computer aided design (1995). More recently, van Hout completed a Masters of Fine Arts at RMIT, Melbourne (1999). While regularly holding solo exhibitions in New Zealand, Australia and New York, van Hout has also participated in numerous group exhibitions including 'Nostalgia' at Monash University Museum of Art, Melbourne, 1996; 'Drive' at Govett-Brewster Art Gallery, New Zealand, 2000 and 'ART/MUSIC' at Museum of Contemporary Art, Sydney in 2001. The artist has held residencies in New York, The Netherlands and New Zealand. Van Hout was the subject of a level 2 project show at the Art Gallery of New South Wales in 2001. He lives in Melbourne and teaches at Melbourne University as well as the Victorian College for the Arts.