Hay: Figures swimming in the Murrumbidgee 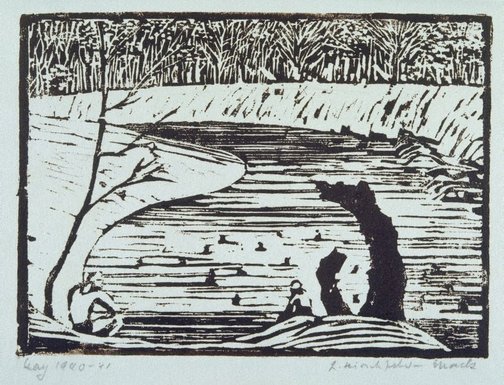 Gavin Wilson, The Big River show: Murrumbidgee Riverine, Wagga Wagga, 2002, 20 (colour illus.). NOTE: this print belongs to the National Gallery of Australia and is titled 'May (Bathers on the Murrumbidgee River, N.S.W.)

Browse other works by Ludwig Hirschfeld-Mack