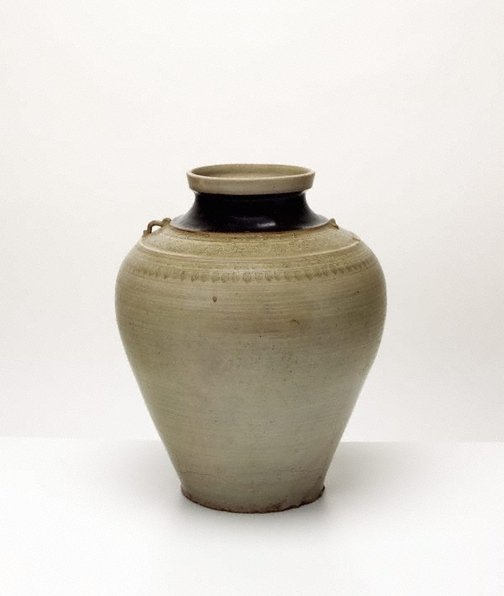 Although the various kilns of northern Thailand are usually described within the context of the Lan Na kingdom, their regional styles did not conform to an imperial standard. This jar from Phayao, with its flared mouth, simple handles and unglazed flat base shares many features with Khmer baluster jars (see accession no. 157.2001 and 158.2001). However its combination of green and brown glazes and stamped designs indentifies it as Lan Na and makes it almost indistinguishable from jars produced in nearby Wang Nua and Sankampaeng.

Unlike the Sukhothai and Sawankhalok kilns further south which exported wares to maritime Southeast Asia, Lan Na wares were made to support a large domestic market. They were probably also traded with commercial centres to the north like Vientiane in Laos. It is probable that all northern kilns ceased production around 1558 when the city of Chiang Mai was sacked by the Burmese king Bayinnaung, who relocated artisans to principalities north of Thailand.