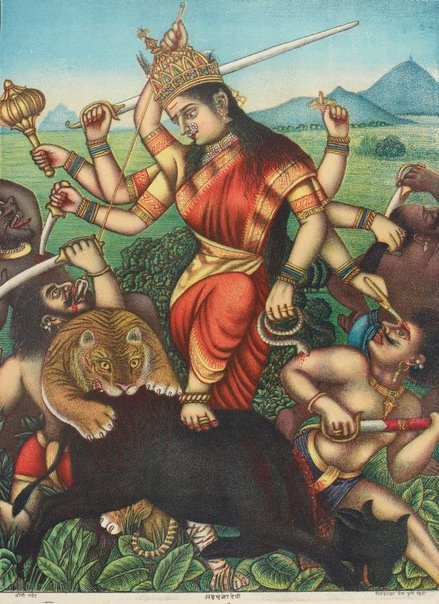 In this print, the goddess steps on the back of the buffalo demon whose head she has just severed. In her multiple hands, Durga, created from the energy of the gods, holds their attributes. She stabs the forehead of the demon and two of his followers, while grasping the hair and preventing the escape of a third. The tiger, usually a lion on which Durga rides, savages the buffalo’s hind-quarters. Durga herself is calm and serene, despite the raging battle, and she is elegantly dressed and adorned with jewellery.

Browse other works by Chitrashala Press