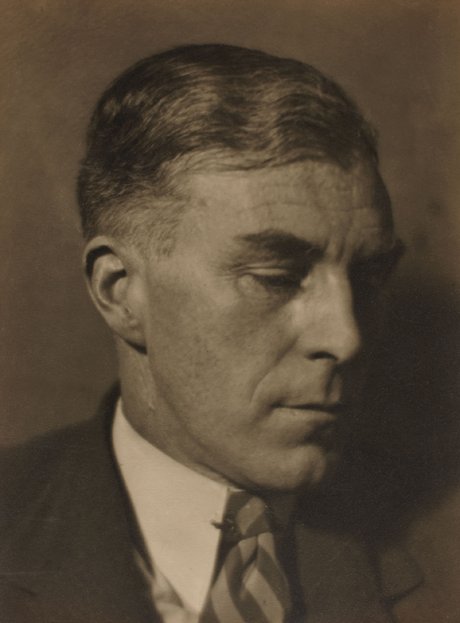 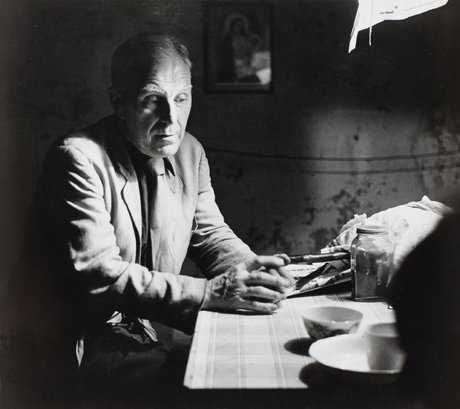 A visionary who rejected the materialism of his age, Godfrey Miller was deeply cerebral and monk-like in his quest to create work that accorded with his view of the universe as an intensely felt, shimmering kaleidoscope in continual flux. Exploring geometric abstraction, he echoed the rhythms of life in paintings of immense graphic complexity, which he completed gradually over long periods of up to a decade.

Born on 20 August 1893 in Wellington, New Zealand, Miller began his career in architecture, attending the Otago School of Art and Design under the painter Alfred O’Keefe. With the outbreak of the First World War he enlisted in the New Zealand Army, arriving in Egypt in January 1915 where he developed an interest in Egyptian art. Wounded in action, Miller was discharged in 1916 and returned to New Zealand where he studied at the School of Art, Dunedin, while completing his apprenticeship as an architect. In 1918 he moved to Melbourne, Australia, and enrolled at the National Gallery School, studying antique drawing under WB McInnes.

Independent means enabled Miller to travel widely in Europe and Asia throughout the following four decades. In the 1920s and 30s he studied at the Slade School, London, which gave him an understanding of the human figure, and he made frequent trips to Paris to visit galleries and museums. Miller was greatly impressed by two significant exhibitions he attended in 1936: the International exhibition of Chinese art in London, the underlying Eastern philosophy of which contributed to his embrace of a total unity in all existence, and the Cézanne retrospective in Paris, which encouraged him to search for archetypal forms in his work.

The period Miller spent in London was a highly experimental one in which he moved towards 'a renaissance… a discarding of the chrysalis’ – a chrysalis that had largely involved the production of romanticised tonal landscapes in his previous years in Melbourne. In seemingly modest still-life arrangements and colour landscapes such as Street scene, London c1929, Miller began to structure form through colour and to assemble everyday objects and scenes under the principle that all forms are reducible to a harmonising geometry. Displaying influences from the Camden Town Painters, particularly Harold Ginner, the arrangement of Street scene, London along a set of defined diagonals also suggests the influence of dynamic symmetrist Jay Hambidge and his claim that diagonals brought unity and tension to a painting.

Miller moved to Sydney in 1939 and in the 1940s began teaching at East Sydney Technical College, where he gave drawing classes intermittently until his death. As a teacher he was profoundly influential, inspiring the work of a generation of major Sydney artists including John Olsen, Ken Unsworth and Ross Mellick. The works he produced during this period include Still life c1945-50, remarkable in its vivacity and vibrancy of colour, in which objects are absorbed into a grid covering the entire picture surface characteristic of Miller’s idiosyncratic cubism, and Still life with lute c1954-6, which seeks to demonstrate the structural equivalence between painting and music, which Miller believed were the richest sources for the communication of metaphysical ideas.

Beyond his still lifes and landscapes, Miller’s life drawings and sculptures were a key feature of his oeuvre in which he experimented with the radical distillation of form. The pencil sketch Seated female nude c1957 and the terracotta sculpture Female torso c1961-4 epitomise his approach to the figure through an emphasis placed on gravity, structure, rhythm and balance. The figure also features in Miller’s major painting series devoted to nudes and the moon, which occupied him for nearly a decade from the mid 1950s until his death. Aligned with the Western tradition of reclining nudes, Nude and the moon c1954-9 is abstracted while also inferring the posed life model. The absence of a focal point in the work corresponds to Miller’s search for the spiritual as the essential reality of his art, to express the mystical.

A shy, reticent man, Miller eschewed publicity. He exhibited for the first time in the early 1950s, and his work became widely known only in the last decade of his life when he was acclaimed as one of Australia’s leading contemporary artists. The first work he exhibited was Unity in blue c1948-52, which was purchased by the Art Gallery of New South Wales. In 1953 his work was included in the London touring exhibition Twelve Australian artists, and in 1961 his painting Triptych with flowers featured in the Whitechapel exhibition Recent Australian painting and was purchased by the Tate Gallery. Retrospective exhibitions on Miller’s work were held at the National Gallery of Victoria in 1958 and at the Art Gallery of New South Wales in 1996.

Other works by Godfrey Miller