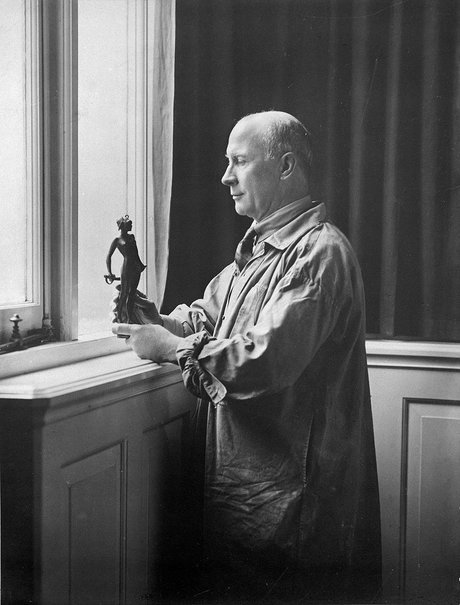 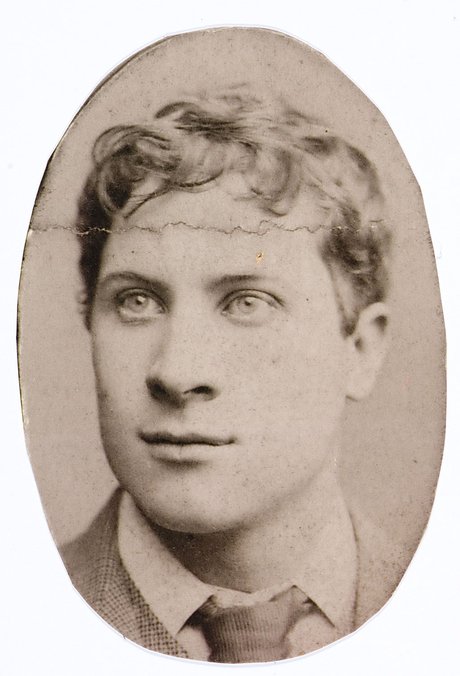 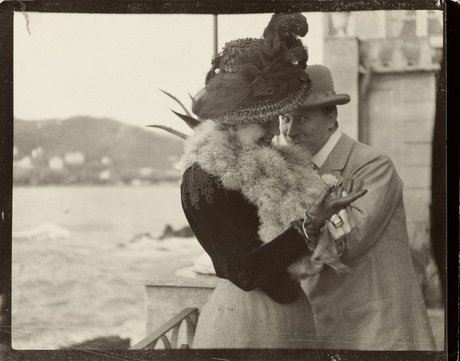 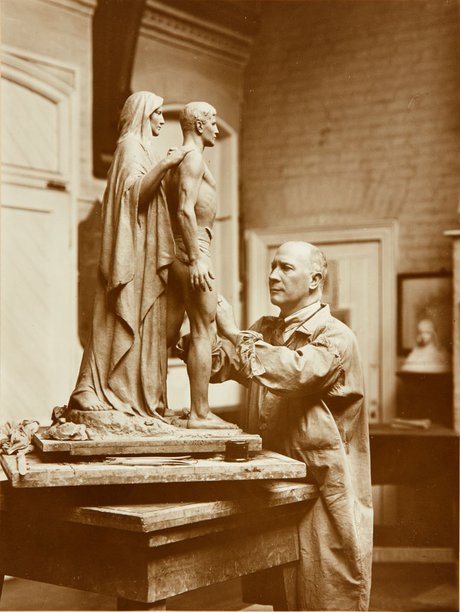 Bertram Mackennal was an Australian-born sculptor who achieved international success, receiving substantial royal patronage in Britain in the late 19th and early 20th centuries. An extraordinarily skilful and elegant modeller, Mackennal worked within the classically derived sculptural conventions of his time. He is best known for his stylised allegorical nudes and themes from classical mythology.

Mackennal studied first with his father, the architectural sculptor John Simpson Mackennal, and then at the National Gallery School in Melbourne under OR Campbell from 1878 to 1882. In 1881 a visiting British sculptor, Marshall Wood, offered him employment as a studio assistant in London, and Mackennal left the following year, only to find that Wood had died suddenly four days prior to his arrival. Advised by London sculptor Hamo Thornycroft and Australian painter Tom Roberts, he enrolled in the Royal Academy Schools in 1883. Dissatisfied by the routine of copying from casts, Mackennal left for Rome and Paris with assistance from fellow expatriate artist John Russell.

In 1886 Mackennal exhibited at the Royal Academy and worked as head of design at the Coalport Potteries in Shropshire. Two years later he returned to Australia to fulfil the commission of sculptural decorations for the facade of Parliament House in Melbourne. He left for Paris in 1891 with many letters of introduction written by the French actress Sara Bernhardt who was then visiting Melbourne (Sara Bernhardt, 1892-93). His sculpture Circe, a Symbolist-inspired life-size bronze sculpture of the mythological sorceress, received honourable mention at the Salon of 1893 and was shown at the Royal Academy the following year. It is one of his most accomplished works, which he would later produce in statuette form.

Circe was a turning point for Mackennal, and generated many important commissions for portraits (including Sara Bernhardt and Dame Nellie Melba) and public monuments. He received commissions to produce public sculptures of Queen Victoria for Blackburn (United Kingdom), Lahore (Pakistan), and Ballarat (Victoria) between 1898 and 1904, a coronation medal and coinage for George V in 1910, and royal monuments to Edward VII in 1911. In 1915 he began the sculptures for the pediment of Australia House in London, Phoebus driving the horses of the sun, which were installed in 1924. Mackennal’s success in later decades led to sculptures which became less experimental, showing instead the constraints of his many official and civic commissions.

Mackennal was the first Australian to be elected an Associate of the Royal Academy in 1909 and became a full Academician in 1922. He was also the first Australian artist to be knighted, in 1921. Although his main patronage and support was in Britain, Mackennal’s success as an internationally celebrated sculptor was of great importance to sculptural traditions in this country, and he continued to exhibit works in Australia during his lifetime.

Other works by Bertram Mackennal