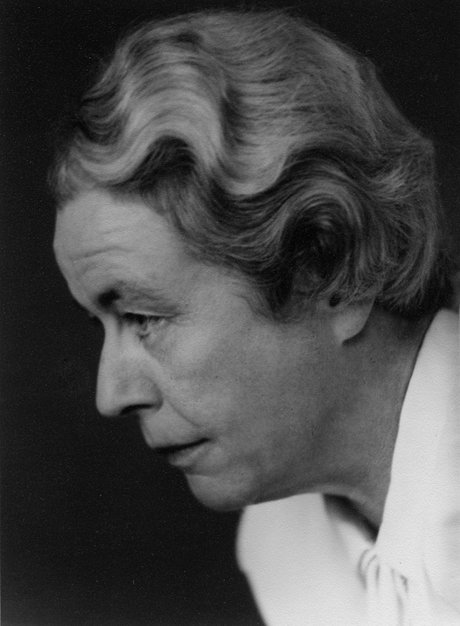 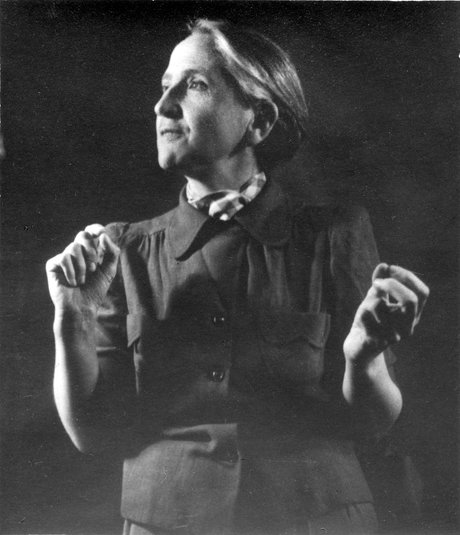 German-born Eleonore Lange was one of a small group of artists pursuing modernism in Sydney in the 1930s and 1940s. She is known not only for her sculpture, but also as a teacher and a writer, and for her work promoting progressive art in an environment that was largely conservative.

Lange was born in 1893 in Frankfurt am Main, Germany. She studied art at the city’s Kunstgewerbeschule (School of Applied Arts and Crafts), excelling in sculpture and the ‘science of art’ or aesthetics. After completing her studies, she taught in a number of schools. From 1916 she worked for the Organ des Verbandes der Hilsschulen Deutschlands, a national federation of schools for children with intellectual disability, and in 1922 took a job at the experimental Die Reform-Volksschule in Roderberg. During these years Lange began to develop many of her fundamental ideas about the social, spiritual and therapeutic functions of art and the importance of abstract art. She would return to her teaching experience when later expounding on ideas of art as an autonomous form of human communication, no less meaningful than the more highly regarded linguistically based forms.

Sensitive to the changing political climate, Lange decided to leave Germany in 1930 and immigrated to Australia. Settling in Sydney, she made contact with a number of artists working in a broadly ‘modernist’ manner, becoming close friends with Frank Hinder, Margel Hinder, Grace Crowley, Rah Fizelle, Dorrit Black and fellow German-trained sculptor Gerald Lewers. Her home was an old stable converted into a studio in Raphael Place, off Phillip Street, near Circular Quay. This was then a vibrant part of the city, with many artists living or working in the area.

Lange became involved with the Crowley-Fizelle Studio in George Street when it was established in 1932, and taught there. She exhibited with her friends and peers in shows such as the Exhibition of progressive art and Seventeen modern artists in 1932, and Women artists of Australia in 1934.

In 1939 she was instrumental in putting together Exhibition 1, a landmark group show of semi-abstract paintings and sculpture. In the catalogue introduction, Lange wrote that the artists ‘use a scene or a posing model only to elaborate its inherent colour sensations into an artistic theme of colour relations. The endeavour to arrange these special values into an ordered whole is the subject of a modern picture’.

Lange also became known for her promotion of modern art through lectures and journal articles, and throughout the 1930s and 1940s was often called upon to be the spokesperson for the work of Sydney’s geometric abstractionists. Between 1936 and 1939, she synthesised her thoughts on art in the thesis ‘On spectral colour forms’. Subtitled ‘An outline of a theory on the physical and biological function of art’, this essay contains many of the ideas central to her lifelong approach to art and artmaking.

Like many artists of her generation, Lange took an interest in the relationship between art and spirituality. Initially attracted to theosophy and liberal Catholicism, she later moved towards the Catholic tradition of Anglicanism and completed a number of commissions for the Anglican Church, including candlesticks for Holy Trinity Church Erskineville and a Christmas crib for St James’ Church, King Street. She briefly entertained the idea of becoming a missionary and taught at a mission school on an island off Papua New Guinea in 1938–39. In 1946 she became a Roman Catholic.

When asked to describe herself, Lange would say ‘a scientist’. Her ambition was to sculpt in light and she was frustrated by not having the technology to create the artworks she had devised in theory. For her unrealised memorial to Canberra astronomer Walter Geoffrey Duffield, titled Seraph of light, she made a plaster model of an angel-like figure with fluted wings that was intended to be cast in glass, creating a series of refractive prisms.

In her forties, Lange began to think of herself more as a teacher than a practising sculptor. In 1940 she designed her last major work – a cast-stone birdbath for the grounds of the Special School, Glenfield. Later, in 1947, she started working part-time at Frensham, a girl’s boarding school in Mittagong, becoming the full-time art mistress in 1949. She remained there, with a few breaks, until 1954. These years as a school teacher, while they gave her security, were also frustrating ones for Lange and she would remark that great ideas could not develop in a segregated society. Her students, however, were enlivened by her presence.

In 1965, Lange was admitted to a Catholic nursing home in Rooty Hill, Sydney, where she died in 1990.

Other works by Eleonore Lange