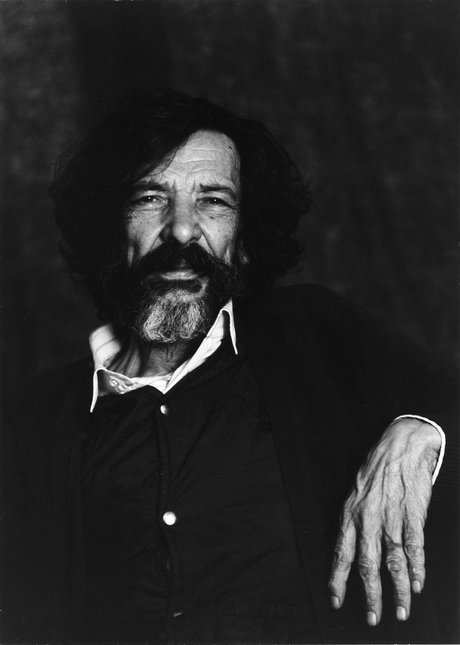 The power of art to record the highs and lows of the human condition is evident in Kevin Gilbert’s work as a writer, visual artist, poet and playwright. A political activist and key creative thinker in the Aboriginal land rights and sovereignty movement, Gilbert participated in the 1972 establishment of the Aboriginal Tent Embassy in Canberra and the ‘Treaty 88’ campaign, which worked for a sovereign treaty between Aboriginal and non-Aboriginal Australians. Gilbert nonetheless believed that art was the tool that could most acutely expose the continual injustices suffered by Aboriginal people, and help build bridges and suggest ways forward.

Born on the banks of the Lachlan River in New South Wales, Gilbert lost his parents at an early age. He later escaped from an orphanage and lived in fringe camps with his extended family and Wiradjuri elders, where he developed his knowledge of Wiradjuri language and culture. Life on the edge in rural Australia also introduced him to those harsh factors that later became recurrent themes in his art and writing: racism, violence and alienation. On the surface, Christmas Eve in the land of the dispossessed, 1968, appears to be a serene work, harking back to the nineteenth-century European depiction of the Australian ‘native’ in his natural setting. The carefully chosen title of the work, however, evokes ideas of estrangement, want in a time of plenty, and traditional spirituality displaced by alien religion. Gilbert wrote of the work, ‘ … It was the Aboriginal family sitting out under a tree, the river underneath and the hills, and in the night time, of course, the Southern Cross in the sky. But, within that, there is stillness and isolation so, to me, I can feel the isolation within that.’

This was Gilbert’s favourite print. It was created in 1968 in Long Bay Gaol, Sydney, while he was serving a fourteen-year prison sentence for murder. It was one of the first prints made by an Aboriginal artist, using materials scrounged from his surroundings: ‘ … old brittle lino off the prison floor’ and tools made ‘ … from a spoon, Gem razor blades and nails’.

Gilbert believed that life for Australian Aboriginal people was too real, too close to the knuckle of oppression for abstract interpretation. Beneath the surface tranquillity of Christmas Eve in the land of the dispossessed is a bold statement, vibrantly drawn, of the dislocation and disparity between Indigenous and non-Indigenous peoples in Australia.

Other works by Kevin Gilbert