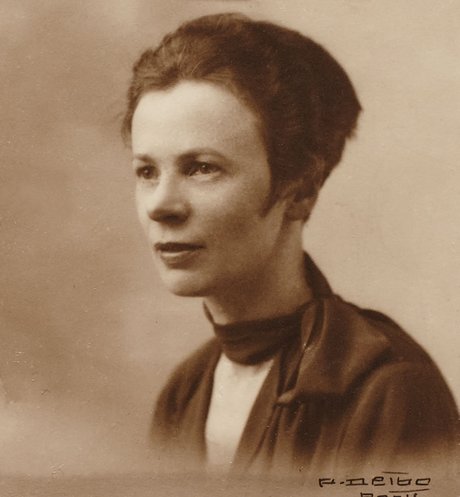 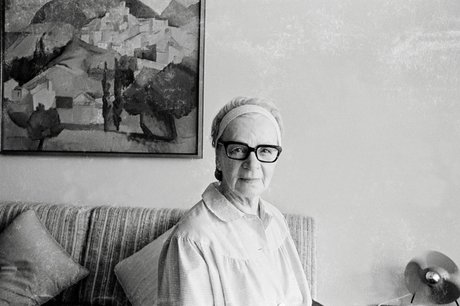 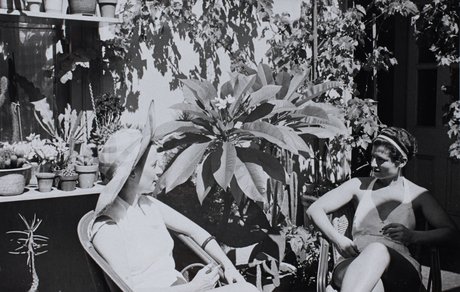 A key Sydney modernist in the inter-war period, Grace Crowley studied in Paris in the late 1920s under the cubist artists André Lhôte and Albert Gleizes, and went on to establish an art school with Rah Fizelle which became the principal centre for modernist painting in Sydney until its closure in 1937. Crowley’s own work was a modified, academic cubism based on planar geometry and dynamic symmetry.

The daughter of a wealthy grazier, Crowley was born in 1890 at Cobbadah, New South Wales. While at school in Sydney, she studied part-time at the Julian Ashton Art School in 1907 before returning to the family home in Glen Riddle, Barraba. Despite the fact that her parents did not want her to pursue a career in painting, Crowley resumed art classes in Sydney in 1915 under Mildred Lovett and Elioth Gruner, in addition to Ashton, and worked as Ashton’s assistant from 1918 to 1923.

Crowley travelled to Europe with fellow artist Anne Dangar in 1926, studying briefly at the Académie Colarossi in Paris and then with André Lhôte, whose teaching emphasised solid geometric structure over colour and who introduced Crowley to the theories of academic cubism as well as the geometric systems of dynamic symmetry and the golden section, which she later brought to Sydney. She attended Lhôte’s summer school at Mirmande together with Dangar and Dorrit Black, and visited Albert Gleizes’ art colony at Moly-Sabata, later describing the impact of these experiences on the use of abstraction in her work:

We were united in one belief, the constructive approach to painting, and this insistence of the abstract elements in building up a design was the keynote of teaching with Lhôte and Gleizes … we were discouraged from making merely a faithful record of the nude [model] ... the abstract elements in line, shape and colour were introduced in order to induce the student to construct from it a design within a given space.

This approach is revealed in her figure studies, French sailor standing, one leg raised on box 1928 and Nude holding a book 1928-1929, produced during the artist’s time in Paris. While displaying her solid grasp of anatomy, acquired through earlier academic training at the Julian Ashton Art School, Crowley’s strongly delineated contours and volumetric modelling of her subjects accords with Lhôte’s emphasis on the simplification of forms into basic geometry.

Produced while attending Lhôte’s academy in Paris, Portrait of Lucie Beynis 1929, depicts a professional model painted over a sequence of morning sittings and reflects Lhôte’s modified version of cubism in which the human figure is retained, held within a field of dissecting geometric planes and shafts of colour running through the body. This approach continued to dominate Crowley’s semi-abstract paintings during the 1930s, until her departure into pure abstraction in the 1940s.

Crowley returned to Sydney in 1930, holding her first and only solo exhibition at
Black’s Modern Art Centre in 1932. That year she established her own school with ex-student Rah Fizelle, which focused on teaching developments in modern French art. Students included Ralph Balson, who would become a close friend and artistic collaborator. Crowley invited Balson to her studio in George Street, Sydney, on the weekends, a practice captured in The artist and his model 1938, which portrays Balson painting on the studio’s roof terrace. Revealing a disintegration of figurative forms and division of pictorial space into decorative areas, this work also signals a growing commitment, shared by both artists, to complete abstraction. The following year Balson reciprocated with his Portrait of Grace Crowley 1939, executed in a quasi-abstract style that similarly prefigures the artists’ shift into non-figuration.

In 1939, Crowley and Balson took part in Exhibition I at David Jones Art Gallery, Sydney, a climactic event for the Sydney semi-abstract movement. With other participating artists, including Fizelle, Frank Hinder, Margel Hinder, Gerald Lewers, Frank Medworth and Eleonore Lange, they collaborated in the 1930s as leaders of the second phase of the modern movement in Australia, developing the earlier ideas of Roland Wakelin, Roy de Maistre and others that dated from the beginning of the First World War.

Crowley and Balson continued to exhibit purely non-objective works throughout the 1940s and early 1950s with the Contemporary Group, exemplified in Crowley’s balanced compositions, Abstract Painting 1947 and Abstract Painting 1950. The two travelled to Europe from 1960 to 1961, and following Balson’s death in 1964, Crowley continued to advocate his work. A Crowley retrospective was organised by the Art Gallery of New South Wales in 1975 and her work also featured in the Gallery’s Sydney Moderns in 2013.

Other works by Grace Crowley