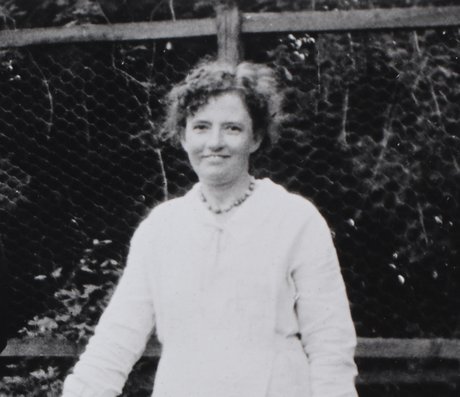 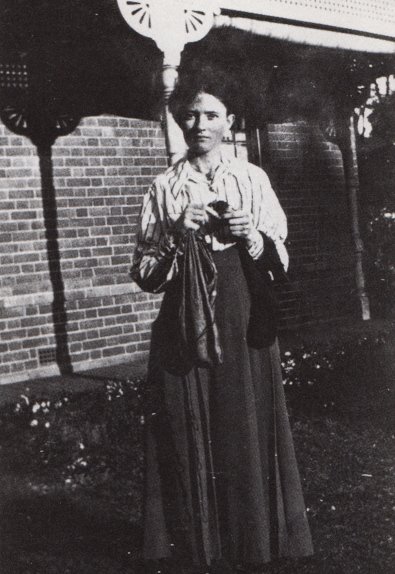 Grace Cossington Smith, in her garden at Cossington in Turramurra, 1915, by unknown photographer 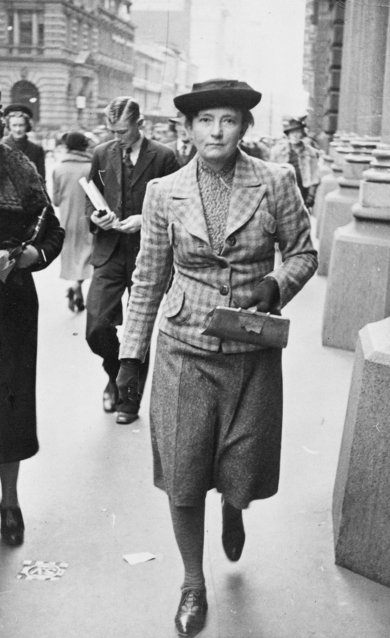 One of Australia’s most celebrated 20th-century painters, Grace Cossington Smith was an important early exponent of modernism in Australia. Her work formed part of the first significant wave of Australian responses to European post-impressionism. A brilliant colourist, she drew her subject matter from the familiar surroundings of her home and her experience of Sydney city life, which she transformed into vibrant images of light-infused colour.

Cossington Smith was born in Sydney in 1892, although some confusion surrounds her actual birthdate: her birth certificate, which states 20 April, is thought to be incorrect as the artist and her family always gave her birthday as 22 April.

Cossington Smith began studies with painter Antonio Dattilo Rubbo in Sydney in 1910. In 1912 she travelled to Europe and attended classes at Winchester School of Art in England and at Stettin in Germany. She claimed not to have studied modern art during her trip. It was after returning to Dattilo Rubbo’s classes in Sydney that she studied European modern art alongside Roland Wakelin and Roy de Maistre, through colour reproductions brought back from Europe by Dattilo Rubbo and fellow student Norah Simpson.

Soon after, Cossington Smith painted The sock knitter 1915, a remarkable student work that reveals the influence of post-impressionist European painters Paul Gauguin, Paul Cézanne and Vincent van Gogh. Depicting Madge, the artist’s sister, knitting socks for soldiers serving on the frontline in the First World War, the painting is not only distinctly modern in its outlook, but also counterpoints the more common narratives of masculine heroism in wartime by focusing instead on the quiet steady efforts of the woman at home.

In the 1920s Cossington Smith painted a dynamic series of the Sydney Harbour Bridge in construction, including the masterpiece The curve of the bridge, 1928-29. She developed a highly individual technique, utilising rhythmic broken brushwork in unmixed, high-keyed colour. Her aim, she said, was ‘to express form in colour – colour within colour, vibrant with light’ and colour became the key mode through which she represented structure, depth and solidity, in works such as the Gallery’s Things on an iron tray on the floor, c1928.

Sydney between the World Wars grew ever-more urban and cosmopolitan, and Cossington Smith celebrated modern city life in paintings such as The Lacquer Room, 1936. In the 1940s she worked increasingly in landscape. She also travelled to Europe, from 1948 to 1951, absorbing the works of Renaissance masters Masaccio and Fra Angelico. By the mid 1950s she was concentrating primarily on domestic interiors, partly due to the long illness of her much-loved sister at home, producing paintings such as Interior with wardrobe mirror, 1955 and her late masterpiece The window, 1956. Such works are dazzling and climactic pictures of her powers as a mature painter and shimmering statements of her astonishing powers as a colourist.

In 1926 Cossington Smith had joined Thea Proctor, Ralph Balson, Grace Crowley, Roland Wakelin and other modernist artists in the Contemporary Group, with whom she exhibited for many years. A first solo exhibition at Grosvenor Galleries in Sydney in 1928 confirmed her reputation as a skilful and poetic colourist, and she continued to exhibit at the Macquarie Galleries from 1932 until 1971. In 1973 she was awarded an Order of the British Empire and had a major retrospective exhibition at the Art Gallery of NSW, after which she gave up painting.

Other works by Grace Cossington Smith