Australian artist Tony Coleing has worked across a range of mediums, from painting, drawing and printmaking to sculpture. He first attracted national attention as a sculptor with his works in the landmark 1968 exhibition The field and in 1980 represented Australia at the Venice Biennale with a series of installations.

Born in Warnambool, Victoria, in 1942, Coleing moved to Sydney in 1958 and enrolled in the National Art School (East Sydney Technical College) at the age of 15, studying painting under John Passmore.

In 1962 he worked as a labourer in New Zealand before travelling to England in 1963 to immerse himself in the London art scene. He moved into Ladbroke Grove, a neighbourhood with an established Australian artist expat community; Brett Whiteley, Rollin Schlicht, Michael Johnson, Tony McGillick, Roy Harper, Vernon Treweeke and Noel Dunn lived and worked in the area during the early 1960s.

Coleing supported himself by making backdrops for the Royal Court Theatre and dealing fine art and antiques on Portobello Road. During these early years of his art practice in London, he focused on painting and was included in Young Commonwealth artists at Whitechapel Gallery in 1964 among other exhibitions.

It was on his return trip to Australia in 1968 that Coleing decided to seriously devote himself to making sculpture, and he achieved immediate success. In his first year back in the country, he participated in seven exhibitions, including Young contemporaries at Farmers Blaxland Gallery, two group exhibitions at Gallery A and The field at the National Gallery of Victoria and Art Gallery of New South Wales, the first comprehensive display of colour-field painting and abstract sculpture in Australia.

In 1970 Coleing exhibited work in the Mildura Sculptural Triennial for the first time. In 1971 he won the Flotta Lauro Prize, a travelling scholarship to Europe, with the work Hide and seek, which is now in the Art Gallery of New South Wales collection. The same year he was included in I want to leave a nice well-done child here at Bonython Gallery in Sydney and the National Gallery of Victoria. Curated by Harald Szeemann at the invitation of John Kaldor, this was the first major exhibition of conceptual art in an Australian gallery.

In 1980, Coleing joined two other emerging artists, Mike Parr and Kevin Mortensen, in representing Australia at the Venice Biennale. In this infamous presentation, two of Coleing’s three works – all social and political satires – were banned.

Coleing is also a prolific printmaker, often in collaboration with other artists. In some cases, these works offer another way of delineating three-dimensionality and keeping a record of his sculptures, such as the print Idea ‘To do with blue’ sculpture which relates to To do with the blue maquette and his larger series To do with blue.

‘I just see the whole lot – printmaking, photography – as part of the whole of artmaking. I get a bit tired sometimes of working in a particular medium. Sometimes I want to change medium and see what I can do with it,’ he said in 2011 in an interview for the Art Gallery of NSW archive. ‘I love new technology and I love playing around with computers. I’m not going to restrict myself and have a paintbrush in my hand all the time.’

Over the decades, Coleing held various teaching roles at Sydney College of the Arts, the University of Sydney and the Tasmanian School of Art. Since the mid 1990s he has lived on the north coast of New South Wales. His work is held in major public collections in Australia and overseas. 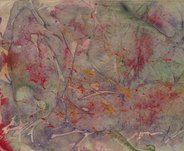