1001 Nights: Magnificent Tales from the Near East with Julian Droogan 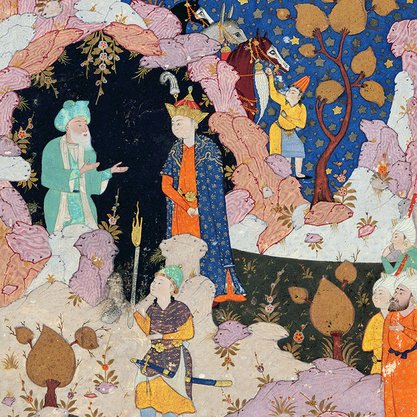 1001 Nights: Magnificent Tales from the Near East with Julian Droogan

Join us as we follow the alluring Scheherazade in telling some of the magnificent stories of the Near East in order to entertain, beguile and inspire. The Near East, more usually called the Middle East today, is a region that many associate with either its ancient archaeological past or its contemporary reputation for conflict and insecurity. However, beyond these Western preoccupations about the region, and our own orientalist and romantic fantasies, lies a rich and complex world with many stories to tell.