What’s on Art After HoursAuslanCelebrity talk 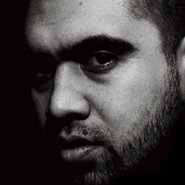 Presented in partnership with Vivid

Vivid Ideas comes to the Gallery for three nights to explore belonging, identity and creativity in a series of talks and live performances. Some of Australia’s brightest sparks discuss finding meaning in a fractured world, examining concepts of inner life and spirituality, cultural identity and social diversity. This series is in conjunction with Vivid Music, where some of Australia’s best musicians will be performing.

While you’re here, catch the Archibald Prize – a snapshot of the people who are important to us and capture our imaginations.

This series includes comedian and television personality Meshel Laurie in conversation with journalist Benjamin Law on 29 May, poet Omar Musa with artist Abdul Abdullah on 5 June and participants of ABC TV’s hit show You can’t ask that on 12 June.

All talks will be Auslan-interpreted.

Entry to the Gallery is free as well. If you want to visit Archibald, Wynne and Sulman Prizes 2019, you’ll need to buy an exhibition ticket.

Meshel Laurie on spirituality and the inner life

Meshel Laurie confesses to being a ‘bad Buddhist’, but every day she puts her energy into improving. She works in television, produces podcasts, writes books and is a parent to twins, so she knows a thing or two about the mad juggle of modern life. In this talk with Benjamin Law, she offers a snapshot of her life and the speed bumps and detours on the path to enlightenment.

Meshel Laurie is a comedian, radio and television personality. She is a regular panellist on The project, and has also appeared on Spicks and specks, Good news week and Rove. She is the author of The fence-painting fortnight of destiny, Buddhism for break-ups and Buddhism for the unbelievably busy, and produces and hosts two of Australia’s most downloaded podcasts, Australian true crime and The nitty gritty committee. Meshel is proudly a board member of His Holiness the 14th Dalai Lama in Australia, and for Reconciliation Australia.

Benjamin Law is a journalist, columnist, TV screenwriter, radio host and author of Gaysia: adventures in the queer East and Quarterly essay 67: moral panic 101. His 2010 memoir, The family Law, was the basis for an award winning TV series for SBS which he created and co-writes. He has written for over 50 publications in Australia and beyond—including The Monthly, Good Weekend and the Guardian – and has a PhD in creative writing from QUT. Every week, Benjamin co-hosts ABC RN’s weekly national pop culture show Stop everything. He has appeared on a number of TV shows including Q&A (ABC), The drum (ABC) and The project (Ten), and is currently working on a play for the Melbourne Theatre Company.

Omar Musa and Abdul Abdullah on ‘other’ voices

Rapper, poet and author Omar Musa and artist Abdul Abdullah speak about how self-expression, creativity and storytelling has given each a powerful voice to explore issues of identity and culture in modern Australia. Omar Musa and Abdul Abdullah will be in conversation with the Today show’s entertainment reporter Brooke Boney.

After the talk, Omar will perform a selection of his poems.

Omar Musa, a Malaysian-Australian rapper, poet and award-winning author, is known for confronting the dark realities of Australian history and culture. His critically acclaimed debut novel Here come the dogs was described by the Guardian as ‘at once tender, beautiful, gritty and raw’. As part of Sydney Festival, his recent solo performance at Griffin Theatre Since Ali died was a hypnotic and unmissable hour of theatre. Hear Omar’s take on everything from suburban violence to lost love to his Malaysian heritage and growing up as a brown skinned Muslim boy in Queanbeyan.

Abdul Abdullah works across painting, photography, video, installation and performance. He has Malaysian and Australian heritage and identifies as a Muslim. Both his identity and how it causes others to treat him are catalysts for much of his art. As a self-described ‘outsider amongst outsiders’, his practice is primarily concerned with the experience of the ‘other’ in society. Abdullah’s projects have engaged with different marginalized minority groups and the experience of young Muslims in the contemporary multicultural Australian context. A finalist in the Archibald and Wynne prizes in many years, he was shortlisted along with his brother Abdul-Rahman Abdullah to represent Australia in the 2019 Venice Biennale.

Brooke Boney is one of the emerging stars on Australian television. She earned her big break on national youth radio station Triple J as the news presenter for Ben and Liam’s breakfast show. In January she was announced as the Today Show’s new entertainment reporter. Embracing her Indigenous culture, Boney is igniting discussion around indigenous affairs across the country.

'You can’t ask that'

ABC TV’s hit show You can’t ask that asks groups of misunderstood, judged or marginalised Australians the awkward, inappropriate or uncomfortable questions you’ve always wanted to know the answers to, but have been too afraid to ask. Hear from some of the show’s participants about creating connections and communities. They will be joined by producer Kirk Docker, who will reveal his motivations for making the show and what happens behind the scenes.

Nova Gina (Dallas Webster) is a Koorie drag queen from the Dunghutti Nation around Kempsey in Northern NSW. Nova has performed in the Sydney Gay and Lesbian Mardi Gras Parade, Miss First Nation and Koori Gras. Nova’s look is part inspired by Grace Jones. Often taking to the stage as one half of the Dreamtime Divas duo, Nova performs to help raise awareness of teen suicide, particularly amongst young Indigenous LGBTIQ+ people. Nova Gina appeared on You can’t ask that’s drag episode in 2018 and featured in SBS’s Black divas documentary about the Indigenous LGBTIQ+ community.

Digby Webster is a Sydney-based visual artist who works across a range of disciplines. He is a founding member of the Ruckus Ensemble performance group and often collaborates with Bus Stop Films. Digby has exhibited in solo and group shows with Tin Sheds Gallery, Riverside Theatre Parramatta, DNA projects Chippendale and at the Sydney Opera House as part of Accessible Arts’ AART.BOXX. His works are included in the Artbank and Australia Council for the Arts collections. He is an Ambassador for Front Up, a disability led Arts and Cultural program initiated by Ability Options. Digby appeared on You can’t ask that’s 2017 episode featuring guests with Down Syndrome.

Jo Berry is a qualified social worker living with a severe connective tissue dysphasia. She writes and runs programs in social and emotional skills for adults living with a range of disabilities. Jo is passionate about writing, blogging and motivational speaking. She is a disability advocate and a Don’t DIS My Ability Ambassador. In 2016 Jo featured in You can’t ask that’s wheelchair users episode.