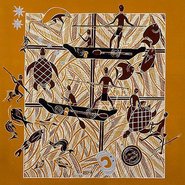 To celebrate the recent publication of The forgotten people: liberal and conservative approaches to recognising Indigenous peoples, one of the book’s authors, Damien Freeman, will lead a conversation between his co-author – Cape York Institute’s Shireen Morris – and Booker Prize-winning novelist Thomas Keneally and Indigenous filmmaker Rachel Perkins.

They will explore a range of topics touching on how and why Australia should recognise its Indigenous peoples.

Damien Freeman is a lawyer, writer and philosopher who lectures on ethics and aesthetics at Pembroke College, Cambridge, and director of the Governor-General’s Prize for the Constitution Education Fund Australia. He is also a regular lecturer for the Art Gallery Society of NSW.

Shireen Morris is a lawyer, senior policy adviser and constitutional reform research fellow at Cape York Institute, and a researcher at Monash University.

Thomas Keneally AO is one of Australia’s foremost novelists, playwrights and authors of non-fiction. He is best known for his Booker Prize-winning novel, Schindler’s ark.

Rachel Perkins is a film and television director, producer and screenwriter and founder of Blackfella Films. She is perhaps best known for her films Bran nue dae (2010), Radiance (1998) and One night the moon (2001).

Cancellations:
Three full working days (Mon–Fri) notice is required to qualify for a refund. All refunds attract an administration charge of 25% of the ticket price(s) with a minimum charge of $5. Not negotiable.