What’s on Art After HoursLecture / symposium 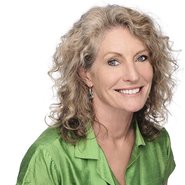 The listening panel brings together a group of speakers each with highly developed listening and empathy skills to discuss the tools of their trade and what makes a good listener. Part of The Big Anxiety’s Empathy Clinic.

Speakers include Sherre DeLys, artist and mindfulness teacher, and one of the artists in the Empathy Clinic at UNSW; Victoria Spence, life rites civil celebrant and end of life specialist, Jon Owen, CEO Wayside Chapel; Russell Meares, Professor of Psychiatry at Sydney University and the moderator will be Lynne Malcolm, presenter of Radio National’s All in the Mind.

Presented by The Big Anxiety with the Art Gallery of NSW.

This event is one of a number of events at the Gallery as part of The Big Anxiety 2019.

Russell Meares is Emeritus Professor of Psychiatry at Sydney University and one of Australia’s most distinguished psychiatrists. He is best known for co-founding, with Robert Hobson, the Conversational Model of psychotherapy. This humanistic approach to therapy focuses on attending to the minute particulars of conversation.

Sherre DeLys is an artist and producer of radio and performance, her relational listening art projects are broadcast, performed and exhibited internationally, having received some of the world’s most respected audio art awards. She teaches at Chris O’Brien Cancer Research Hospital, RMIT and the Barre Centre for Buddhist Studies in Massachusetts, helping to cultivate the listening art of mindful relationship in a range of challenging human experiences. Sherre has a new listening work as part of The Big Anxiety’s Empathy Clinic

Victoria Spence is a civil celebrant and funeral director, specializing in end of life care. She is also an artist who works at the intersection of cultural, community and creative arts practice as a performer, curator and producer. Her work is concerned with Life Rites — developing death literacy and capacity in individuals, families and communities. Within Life Rites, listening is a central tenet of the practice of integrating end of life and after death care. Victoria is informed by her Body Mind Centering practice and training as well as Somatic Experiencing work, and her embodied movement and performance practice.

Jon Owen is CEO and Pastor of Wayside Chapel. He has dedicated his life to closing the gap on inequality, living and working amongst some of the most disadvantaged communities in Sydney and Melbourne. As an immigrant, Jon’s life is testament to the power of hospitality and he is passionate about working alongside people who are socially excluded as they seek reconciliation, welcome, justice and healing. A qualified social worker, Jon’s absolute commitment is to supporting and listening to individuals and families living in poverty.

Lynne Malcolm (moderator) is presenter of Radio National’s All In The Mind, for which she has won several awards for her broadcast work, including three Mental Health Services media achievement awards (for programs on schizophrenia, youth mental health and de-stigmatising mental health). All in the Mind was a finalist in the science and medicine category of the 2019 Australian Podcast Awards. With a background in psychology, she is an accomplished radio producer and presenter, herself skilled in the art of listening to people and their stories.