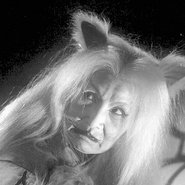 Japanese Film Festival Classics at the Art Gallery of New South Wales presents a selection of films that unveil age-old ghost stories and chilling tales from the spirit realm. Grief and vengeance features a line-up of films from master filmmaker Nobuo Nakagawa, who pioneered the Japanese horror film genre, along with Masaki Kobayashi and Satsuo Yamamoto. Beyond suspense-filled, psychological horrors, this selection of films offers a glimpse into traditional Japanese folklore and the spirit world spanning many eras.

This free classics program is a satellite event of the annual Japanese Film Festival. The festival’s main program is ticketed, and screens at Event Cinemas on George Street throughout November, offering the best in new releases and contemporary Japanese cinema.

JFF Classics is presented in conjunction with the following exhibitions:

A limited release of early bird tickets can be booked in advance online via Qtix from Monday 23 September 10am.

Films start at the advertised time. Doors open 30 minutes before. Latecomers not admitted. All films are in Japanese with English subtitles.

The bride from Hades

牡丹燈籠
Dir: Satsuo Yamamoto (1968)
Colour 35mm 89 mins
UNCL 15+
© 1968 Kadokawa Pictures
One night during the Obon lantern festival, Shinzaburo meets a mysterious, beautiful woman and her servant. When they meet again, he learns the woman’s name is Otsuyu and that she was forced to become a courtesan to support herself after her father’s tragic death. Though Shinzaburo is engaged for an arranged marriage, he falls desperately in love with the alluring Otsuyu, and they decide to spend the remaining nights of Obon together. However, there are rumours spreading throughout town that a courtesan named Otsuyu recently committed suicide over accepting an unwanted man as a patron.

Based on one of the most famous ghost stories in Japan, the tale depicted in The bride from Hades has been adapted into a kabuki play and numerous films.

地獄
Dir: Nobuo Nakagawa (1960)
Colour 101 mins 35mm
UNCL 15+
© Kokusai Hoei Co, Ltd
A truly poetic and vibrant piece of horror cinema, Jigoku (Hell) is director Nobuo Nakagawa’s departure from the traditional Japanese ghost story. A young theology student who has moved to Tokyo finds himself in strife after a hit-and-run incident leaves him guilt-ridden and stuck with a mysterious counterpart who won’t stop tormenting him. The series of events that follow lead the student down a dark path of death and destruction, affecting those closest to him. In the experimental, shocking and gory final scenes of the film, Nakagawa transports viewers to the underworld, where the film’s characters undergo the wrath of hell for their sins in a visual sequence that is equally breathtaking and disturbing.

怪談
Dir: Masaki Kobayashi (1964)
Colour 182 mins 35mm
UNCL 15+
© 1965 Toho Co, Ltd
Masaki Kobayashi’s Kwaidan is an anthology of four separate, chilling tragedies of the supernatural and ghostly worlds. From a man on the brink of death who is saved by a snow goddess, to an impoverished samurai who leaves his wife to marry a woman from a wealthy family, each unsettling story is depicted with colourful, surrealist imagery. Based on stories from Lafcadio Hearn’s collections of Japanese folk tales, Kwaidan received significant international recognition, including the Special Jury Prize at the 1965 Cannes Film Festival and an Academy Award nomination for Best Foreign Language Film.

Set during the Edo period (1615–1868), The living Koheiji is director Nobuo Nakagawa’s final film. In this theatrical ghost story, unpopular kabuki actor Kohata Koheiji is desperately in love with his best friend’s wife. After a jealous feud leads to Koheiji’s unexpected death, he hauntingly reappears to his best friend Nako Takuro, whose grief and guilt leave him adrift in a world between dreams and reality – testing the strength of his wife’s love. Based on Suzuki Senzaburo’s 1924 play, Nakagawa’s film adaptation upholds the original kabuki style of short poetic dialogue, along with traditional kabuki instruments and songs, in order to convey this eerie tale.

エノケンのとび助 冒険旅行
Dir: Nobuo Nakagawa (1949)
B&W 81 mins 35mm
UNCL 12+
© Kokusai Hoei Co, Ltd
In war-torn Kyoto, a kind-hearted puppeteer named Tobisuke meets Ofuku, a young girl desperate to find her lost mother, when he rescues her from a dangerous man. To his dismay, Tobisuke is struck on the head during the scuffle and loses his memory. Ofuku tells him that if they travel to her mother’s hometown at the base of Japan’s highest mountain, they’ll find both her mother and the mythic golden fruit that can restore his memories.

The unlikely duo embark on an adventure depicted through elaborate sets in this early film by famed horror director Nobuo Nakagawa. Along the way, they’ll face demons, travel through Fake Town, and survive the Valley of the Dead – trusting only each other.

亡霊怪猫屋敷
Dir: Nobuo Nakagawa (1958)
B/W & Colour 69 mins 35mm
UNCL 15+
© Kokusai Hoei Co, Ltd
In this nonlinear ghost story that mixes black-and-white and colour footage, Dr Kuzumi and his wife Yoriko relocate from the city to the countryside to help cure Yoriko’s illness. Not long after moving into the old mansion that serves as their new home and clinic, Yoriko has uneasy feelings about her new abode. Her fears are soon confirmed by frightening apparitions of a haggard old woman. As the visitations become more frequent and threatening, the couple learn about the mansion’s violent history and a curse that was placed on Yoriko’s ancestor. Will Dr Kuzumi and Yoriko be able to lift the curse before it’s too late?

The ghost story of Yotsuya

東海道四谷怪談
Dir: Nobuo Nakagawa (1959)
Colour 76 mins 35mm
UNCL 15+
© Kokusai Hoei Co, Ltd
This adaptation of the 19th-century kabuki masterpiece by Nanboku Tsuruya is a tale of a greedy ronin samurai, Iemon Tamiya, who will stop at nothing to get what he wants – especially if it involves killing. While murder may serve him well in the short term, he must eventually pay the price when his disfigured wife comes back to haunt him. Considered Nobuo Nakagawa’s most famous work, The ghost story of Yotsuya is a concisely-plotted, fast-paced film that fuses classical elegance with horror, shock and gore.