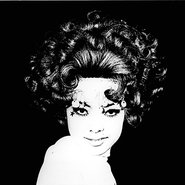 Provocation and disruption: radical Japanese filmmaking from the 1960s to the 2000s

Japanese Film Festival Classics at the Art Gallery of NSW presents boundary-shattering masterpieces from avant-garde Japanese auteurs including Seijun Suzuki, Shinya Tsukamoto and Nobuhiko Ōbayashi. From subversive Japanese New Wave cinema to surrealist psychedelic expressions and gritty cyberpunk, Provocation and disruption is all about the poetic, the abstract, the visceral and the abrasive in visionary Japanese cinema.

Early bird tickets can be booked in advance online via Qtix from Wednesday 20 January 10am.

Tickets also available outside the Domain Theatre from one hour before each screening. Arrive early to avoid disappointment.

House is a fusillade on the brain cells and a smorgasbord of filmic delights, which is apt given that it’s about a house that devours schoolgirls. Described as ‘unhinged extreme’, House (aka Hausu) is an experimental horror film that amalgamates 1970s pop culture with mysterious phenomenology. The late auteur Nobuhiko Ōbayashi had his 11-year-old daughter help with many of the story ideas, lending to the film’s dreamy, phantasmagorical sensibilities. House famously employs unrealistic special effects, outrageously stylised sets, and a storyline where literally anything can happen to a group of teenyboppers vacationing at a mysterious aunt’s isolated mansion for the summer.

Robin Nishi is a 20-year-old loser who dreams of becoming a manga artist. One day, he runs into Myon, his childhood crush, and begins to reminisce about what could have been, but his sad life is cut tragically short when he is shot and killed by a yakuza loan shark. Instead of moving on to the great beyond, Nishi’s death gives him a fresh perspective and a new lease on life.

What ensues is a psychedelic comedy road trip that takes Nishi and Myon inside the belly of a gigantic whale, with surreal sequences and montages offering insight into the background of the various characters.

This biopic follows the life of Sakae Ōsugi, a Taishō era (1912–26) anarchist known as a proponent of sexual freedom. His three lovers aren’t all as enamoured with his flouting of the monogamous sexual mores of the time, which, when combined with his detractors’ distaste for his non-traditional lifestyle, leads to his downfall. Ōsugi’s story intertwines with that of Eiko, a 1960s university student who sympathises with Ōsugi’s anarchical philosophies on free love and radicalism. Japan’s quintessential arthouse film, Eros + massacre examines political radicalism of Japan in the 1910s and 1960s through non-linear, parallel storytelling.

Emotion (That Dracula we once knew)

The dreamlike world of this experimental short film from the late Nobuhiko Ōbayashi depicts a young girl named Emi, who moves from her seaside home to the city. There, she befriends a girl named Sari and the two enjoy sun-kissed, youthful days together until both Emi and Sari fall in love with the same man, leading one to turn her jealous desire toward an enigmatic vampire played by Obayashi himself. But for this surreal film, plot takes a back seat to a cross-genre hotchpotch of cinematic styles and techniques in mesmerising succession.

Catch a rare glimpse into the queer community of 1960s Japan through this visual and sonic cacophony of Japanese New Wave cinema. A subversive take on the Greek tragedy Oedipus, this intoxicating and surreal film follows Eddie, played by Shinnosuke Ikehata aka Peter (Ran), a notorious hostess and rising star of a queer nightclub in Tokyo’s underground scene. Eddie is enveloped in destructive intimacy and a violently jealous love triangle, and as a result is confronted with traumatic childhood memories. This all comes to a head with the film’s dizzying climax, fuelled by a whirlwind of drugs, sex, music and undeniably fabulous glamour.

Join us for a post-film discussion with special guests in a talk focused around queer identity and non-confirmative gender representation in cinema. This discussion will also delve into how these topics are reflected in Funeral parade of roses and why this film is still relevant today.

The deadly Stray Cat is ranked number three in The Guild, an organisation of assassins so secretive that she herself isn’t fully convinced it exists. When the mysterious Sayoko Uekyō assigns Stray Cat a new target – The Guild’s number-one assassin, Hundred Eyes – Stray Cat’s hunger for power and status wins out and she embarks on a hunt to claw her way to the top of The Guild.

Diary of a Shinjuku thief (新宿泥棒日記)

Diary of a Shinjuku thief is a chaotic film that responds to the climate of social upheaval in Japan during the late 1960s. The ambiguous narrative centres on a man who steals from a bookstore in Shinjuku and the woman who catches him in the act. Sparks fly between the two, and they embark on a quest to achieve ecstasy through episodic moments that break down traditions of fiction and reality.

Acclaimed director Nagisa Ōshima utilises a unique cinematic vocabulary to take a deep dive into young lovers attempting to free themselves from the trappings of previous generations and paternal social constructs.

Marked as director Shinya Tsukamoto’s (Killing) breakout film, Tetsuo: the iron man tells a horrific visceral story of the relationship between humanity and technology. Metal Fetishist, a strange contagious man with a compulsion for stuffing metal into his body, is on a mission to get back at Salary Man and his girlfriend for running him over with their car. After the accident, Salary Man starts sprouting metal parts from his body. Unbeknownst to Salary Man, his nemesis Metal Fetishist is controlling his lurid, hell-like transformation and will soon be back to exact his revenge.

Catch a rare glimpse into the queer community of 1960s Japan through this visual and sonic cacophony of Japanese New Wave cinema. A subversive take on the Greek tragedy Oedipus, this intoxicating and surreal film follows Eddie, played by Shinnosuke Ikehata aka Peter (Ran), a notorious hostess and rising star of a queer nightclub in Tokyo’s underground scene. Eddie is enveloped in destructive intimacy and a violently jealous love triangle, and as a result is confronted with traumatic childhood memories. This all comes to a head with the film’s dizzying climax, fuelled by a whirlwind of drugs, sex, music and undeniably fabulous glamour.