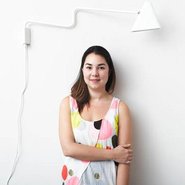 Inspired by tradition: a conversation on Chinese contemporary art

The exhibition Heaven and Earth: Treasures from the National Palace Museum in Taipei, explores the ancient concept of tian ren he yi — unity or harmony between heaven, nature and humanity. This concept still preoccupies contemporary Chinese artists today. Hear the exhibition curator, Yin Cao, and Director of 4A Centre for Contemporary Asian Art, Mikala Tai, unpack the reasons why this concept still resonates.

Dr Mikala Tai, Director, 4A Centre for Contemporary Asian Art
As a curator, researcher, and academic specialising in contemporary Asian art, Mikala Tai has collaborated with local, national, and international organisations to strengthen ties between Australia and Asia. Her recent curatorial projects at 4A include The burrangong affray (co-curated with Micheal Do, 2018), Before the rain (2017) and Jogja calling (2016). In 2015, Tai received her PhD, focusing on the influence of the global city on China’s local art infrastructure. She also received critical acclaim for her organisation of the performance program at Art Central Hong Kong (2016 -2018).