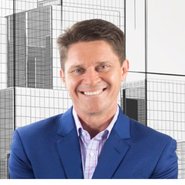 Art and science are often seen as unrelated endeavours, yet recent advances in neuroscience are shining new light on the mysteries of creativity and aesthetics. Brain networks involved in creativity and aesthetic appreciation have been uncovered and a new understanding of the mind’s creative states is emerging. This presentation is intended for a general audience and will review recent advances in the scientific understanding of the creative and artistic brain, including ways to better tap into your own creativity.

David Alais is professor of experimental psychology at the University of Sydney. He has worked for many years on how the brain processes visual images and deals with ambiguities in perception. He spent a decade working overseas in the USA, France and Italy with world leaders in the field of perception and sensory neuroscience and heads an active multisensory research group in Sydney investigating vision, touch and hearing. More recently, David has studied the exciting new advances in the neuroscience underlying imagination and creativity.