What’s on Art After HoursFilmMusicPerformance 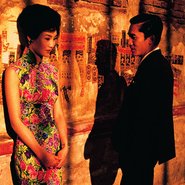 In 1930s China, the term mingxing (bright star, 明星) captured the allure of a new public figure: the screen diva. Ever since, Chinese cinema has been graced with strong female leads.

Starburst begins by showcasing the career highlights of two 1930s screen icons. Ruan Lingyu (1910-35) was the original screen ‘goddess’. Hailed as China’s Garbo, Shanghai streets flooded with mourners upon her tragic suicide at age 24. Silent cinema lost one of its most mercurial performers. Across the Pacific, LA-born Anna May Wong (1905-61) forged a career as Hollywood’s first Chinese-American superstar. She toured Australia in 1939 and was an outspoken critic of the limited roles available to women of colour. In two different studio systems, both actresses lit up screens with old-world glamour.

The final icon in this series – Zhao Tao – enjoys international stardom yet does not promise glamorous escape from the everyday. Collaborating with acclaimed husband-director, Jia Zhangke, Zhao’s protagonists perform the complexities of life in modernising China.

Image: Still from In the mood for love

No advance bookings. Films start at the advertised time. Doors open 30 minutes before. Tickets are issued at the Domain Theatre one hour before. Latecomers not admitted. Babes in arms not permitted. It is recommended to arrive early as seating is limited to 320 and cannot be guaranteed.

The most famous actress of her generation in the finest film of the Shanghai golden age. Ruan stars as a single mother desperate to provide a better life for her son. Startlingly progressive for its time in its depiction of sex work, this ‘fallen woman’ drama achieves pathos through the searing performance of its star. Pay attention to the astonishing expressive range of Ruan’s face in close-up. You’ll see the fierce desire and despair of a mother and actress buffeted by a society in flux. Glamorous movie queens rose to prominence in 1930s China and attracted both mass adoration and moral panic. Both on- and off-screen, Ruan was caught between the razzle dazzle of neon Shanghai and the persistence of traditional ideas about feminine virtue.

Chun Yin Rainbow Chan works across music, performance and installation. Born in Hong Kong and raised in Sydney, Rainbow is interested in mistranslations, diaspora and the effects of globalisation on modern Chinese society.

Born in Hong Kong and raised in Australia, Elizabeth Cheung is currently a B.Music (Composition) student at the Sydney Conservatorium of Music and a member of the Conservatorium’s Chinese Music Ensemble, studying erhu under Dr Nicholas Ng. A keen multi-instrumentalist and explorer of new sounds, they often compose for and perform in chamber ensembles of varying genres including contemporary, classical and tango.

In Center stage, one of the brightest stars of the Hong Kong New Wave pays tribute to a trailblazing predecessor: Maggie Cheung plays Ruan Lingyu. Ruan’s mourning procession brought Shanghai to a standstill. The front page of the New York Times described it as ‘the most spectacular funeral of the century’. The Lingyu legend has haunted Chinese cinematic memory ever since. Center stage is no ordinary biopic. Director Stanley Kwan’s approach is cubist. He presents us with multiple perspectives on the public persona and private life of a star. Lush re-enactments of Ruan’s travails in old Shanghai (studio dramas by day, rumba dancing by night, a tragic love triangle) are intercut with original film extracts and behind-the-scenes footage of the present-day shoot. ‘Maggie, would you want to be remembered decades later?’ Kwan asks. ‘Isn’t she [Ruan] an exact replica of myself?’ Cheung replies. The film is an absorbing, meta-reflexive take on stardom, mythmaking and diasporic Chinese cinema from 1930s Shanghai to 1990s Hong Kong.

Shanghai Express is a riot of chinoiserie artifice, chiaroscuro shadow play and frisson between its leading ladies, Wong and Dietrich. Von Sternberg was one of Hollywood’s greatest directors of women and this film is a delirious celebration of femmes fatales. It’s high melodrama on rails as the pair board an express train from Peking to Shanghai in civil war-wracked China. Along the way, Shanghai Lily (Dietrich) encounters an old flame, Wong’s character Hui Fei seeks revenge on a warlord and the train is hijacked by revolutionaries. Shanghai Express is a vehicle for Von Sternberg’s fabled cinematography, costuming and set design. As one 1932 reviewer remarked, 'many of the scenes are so beautifully lit that they recall etchings’. Wong was never more exquisitely photographed than in this electrifying performance, which Dietrich felt had upstaged her own.

Screens with a Fox Movietone newsreel

One of the pinnacles of British silent cinema, this stunning art-deco noir evokes the spirit of jazz-age London. Wong plays Shosho, a scullery maid whose dance moves catch the eye of nightclub impresario Valentine Wilmot (Thomas). Overnight, she becomes the star attraction of the grand Piccadilly dancehall. Jealousy, erotic obsession and revenge play out across the fashionable West End and Shosho’s working-class neighbourhood of Limehouse. In 1928, Wong fled Hollywood in search of more fulfilling work in Europe. With Piccadilly, she landed a coveted leading role in a film which doubles as a snapshot of 1920s multicultural London. As scholar Thuy Nguyen Tu reflects, 'Piccadilly gave us something quite rare in cinematic history: a convincing – and in some ways iconic – image of the hopes and desperations endemic to immigrant life’. Beautifully restored, colour-tinted 35mm print courtesy of the British Film Institute.

Screens with a Fox Movietone newsreel

The leading light of China’s Fifth Generation of filmmakers, Zhang Yimou reached new heights of epic spectacle with this blockbuster wuxia tribute. The year is 212 BCE. China is divided into seven warring kingdoms. The King of Qin is under permanent threat of assassination by feared warriors Flying Snow (Cheung), Broken Sword (Leung) and Sky (Yen). When a nameless minor official in his kingdom (Li) claims to have slain the fabled trio, Qin summons the hero to his palace. The film proceeds as a series of colour-coded flashbacks, each presenting a different version of events. More than anything, this Rashomon-esque plot device is an excuse to celebrate Christopher Doyle’s (In the mood for love) bravura cinematography four times over. Painterly compositions and SFX pyrotechnics create one memorable set piece after another. Cheung’s martial arts skills shine in a duel against Moon (Zhang Ziyi), whom she defeats with balletic bodywork in a blur of red chiffon.

Cheung in the role she was born to play: herself. The Hong Kong actress is invited to Paris to star in a remake of Louis Feuillade’s silent classic Les vampires. Unable to speak a word of French, she finds herself on a film shoot beset by production delays, crew psychodramas and the egomania of its fading director, René Vidal (Léaud). He’s seen her in Johnnie To’s kung fu caper The heroic trio and decided that she’s perfect to play Irma Vep, the iconic French villainess made famous by Musidora. Like Truffaut’s Day for night or Fassbinder’s Beware of a holy whore, Irma Vep is a parody of l’amour fou and the creative process. Assayas evokes the chaos of an unravelling French film industry with handheld camerawork which moves to a soundtrack of Ali Farka Touré, Luna and Sonic Youth. At the centre of it all is the figure of Cheung: unfazed, professional, full of grace. Prancing the rooftops of Paris in Irma Vep’s latex catsuit, Cheung is a vision of transcendent stardom.

In the mood for love

Kar-wai’s elegant masterpiece is one of cinema’s greatest odes to repressed desire. In her most iconic role, Cheung teams with Leung as neighbours in a 1960s Hong Kong apartment block. Drawn together by discovery of their spouses’ infidelity, the pair slowly develop a romance of their own. Their unconsummated love is sublimated across the film’s hyper-saturated mise en scène. Cinematographers Mark Lee Ping-Bing and Christopher Doyle’s swoony slow-mo camerawork luxuriates in glimpses of intimacy. This is a courtship orchestrated through repeated rituals of play acting, gesture and the haunting rhythm of Shigeru Umebayashi’s score. ‘This film is not verbal,’ Wong has reflected. ‘Everything is expressed through the body, through the people, how they walk, how they move.’

Jia’s critically acclaimed films chronicle the existential costs of a nation making progress faster than its own people can keep up with it. In Still life, a rural coal miner (Sanming) and nurse (Zhao) arrive in Fengjie searching for missing spouses. The film was shot in 2006 as the ancient Yangtze river town was under demolition to make way for the Three Gorges Dam. It is both a record of a place now underwater and a poignant portrait of lives unmoored. Zhao is a chameleon actress. Her powerful performance conveys the emotional dissonance of passing through a once-familiar, now alien environment. Amid the rubble of abandoned neighbourhoods, the film’s visual style evokes post-war Rossellini and Antonioni. Yet surrealist lyricism distinguishes Jia from those earlier masters of displacement. This is a lament for the past told through pop songs, custom ringtones and revelatory moments of magic realism. Still life won the Golden Lion at the 2006 Venice Film Festival and confirmed Jia’s renown as mainland China’s leading contemporary filmmaker.

See the world without ever leaving Beijing! So runs the motto of Beijing’s World Park, a real-life theme park of miniaturised replicas on the outskirts of the city. Jia’s dystopian drama unfolds in this space of simulacra. The film introduces us to the cast of workers who maintain an imitation of life for visitors enticed by a monorail trip to the Pyramids, the Taj Mahal and the Eiffel Tower. We meet Tao (Zhao), a charismatic dancer in the park’s stage shows, her security guard boyfriend (Taisheng) and a drift of new arrivals from Shanxi and Russia, all yearning for money, love and escape. For this itinerant workforce, globalisation is not an abstract concept but a fact of life. Jia’s talent as a filmmaker is to translate big themes into daily moments of backstage drama. Without ever leaving Beijing, he shows us an entire universe of human frailty, sorrow and joy.

One of the most acclaimed films of the millennium, Platform offers an epic social history of China’s radical shift from Maoism to market capitalism. This transition is charted through a troupe of young art workers who, in the years 1979 to 1989, transform from the Fenyang Peasant Culture Group into the All-Star Rock and Breakdance Electronic Band. Maoist blue pants become bell bottoms; revolutionary classics breakdown into ’80s synth pop. In her debut role, Zhao stars as one of four friends whose personal and working lives are entwined with China’s broader reforms. The signs of modernisation arrive in deep Shanxi yet, Jia suggests, progress is an illusion. The All-Stars are still stuck in Fenyang, trapped by the city’s ancient walls and cinematographer Lu Yik-wai’s fixed-camera long takes. ‘It’s pop art as history’ – J Hoberman, Village Voice.