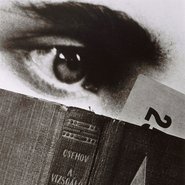 Writers respond to the Art Gallery of NSW collection

Given exclusive access to the Gallery’s collection, each writer has chosen a work to respond to, playing with our associations with truth, objectivity and ubiquity in the 21st Century. These intimate readings will be followed by a panel with the Exposed writers, chaired by curator, photographs Isobel Parker Philip.

Vanessa Berry is a writer who works with history, memory and archives. She is the author of three books, most recently Mirror Sydney, a collection of essays and hand-drawn maps that investigate the city’s marginal places, undercurrents, and the changing urban landscape. It is based on the blog Mirror Sydney which she has been writing since 2012. Vanessa is also the author of two memoirs, Ninety9 and Strawberry Hills Forever, as well as the zine series I am a Camera. She is a Lecturer in Creative Writing at the University of Sydney.

Khalid Warsame is a writer, photographer, and arts producer who lives in Melbourne. His essays and fiction have appeared in The Lifted Brow, Overland Literary Journal, The Big Issue, Acclaim Magazine, Cordite Poetry Review, and Djed Press. He is currently working on his first novel.

Charlotte Wood is the author of several novels and two books of non-fiction. The Australian newspaper has described her as 'one of our most original and provocative writers’. Her novel The Natural Way of Things won the 2016 Stella Prize, 2016 Indie Book of the Year and Novel of the Year, and was joint winner of the Prime Minister’s Literary Award for Fiction and has been published across the globe. Her sixth novel will be published by Allen & Unwin in October 2019.

Isobel Parker Philip is curator, photographs at the Art Gallery of New South Wales. Her curatorial projects address the complexity and elasticity of the medium and have included Imprint: photography and the impressionable image, New Matter: recent forms of photography, Pat Brassington: the body electric and Hold still: the photographic performance. She was the co-ordinating curator of Robert Mapplethorpe: the perfect medium and is AGNSW’s representative curator for The National 2019: New Australian Art. She has published widely and independently curated exhibitions in a range of institutional contexts.