What’s on Art After HoursOnline event 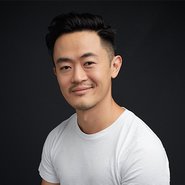 Artists and sitters from the Archibald Prize 2020

Benjamin Law chats with finalists and the subjects of their portraits

Australian writer and broadcaster Benjamin Law interviews Archibald Prize finalists and their sitters about what it takes to compete in Australia’s favourite art award.

Since 1921, artists have entered the Archibald Prize with portraits of Australian politicians, celebrities, sporting heroes, artists and more. It’s the who’s who of Australian culture.

In this series of live online conversations, we go behind the scenes to find out this year’s stories behind the canvases.

Speakers to be announced at the end of September.

Benjamin Law is an Australian writer and broadcaster. He’s the author of The family Law (2010), Gaysia: adventures in the queer East (2012) and The Quarterly Essay: moral panic 101 (2017), and editor of Growing up queer in Australia (2019). He has written for over 50 publications in Australia and beyond and has a PhD in creative writing from QUT. Benjamin created and co-wrote three seasons of the award-winning SBS TV series The family Law, based on his memoir, and his debut play Torch the place ran earlier this year (Melbourne Theatre Company). Benjamin co-hosts ABC RN’s weekly national pop culture show Stop everything and has appeared on a number of TV shows including Q&A (ABC), The drum (ABC) and The project (Ten).