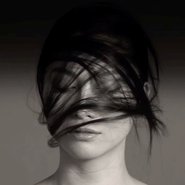 Yumi Stynes in conversation with Fuyuko Matsui at Art After Hours

Join TV and radio presenter Yumi Stynes for a conversation with one of Japan’s most spellbinding contemporary artists Fuyuko Matsui. Together they’ll speak about the ethereal women in Matsui’s pictures and their link to Buddhism, feminism and Japanese ghost paintings. Highly skilled in nihonga (traditional Japanese painting), Matsui’s paintings are distinctive for their supernatural subject matter, filled with pain, horror and hope.

Fuyuko Matsui’s paintings have been exhibited around the world, including a solo exhibition in Tokyo and Fuyuko Matsui: becoming friends with all the children in the world at the Yokohama Museum of Art, Kanagawa. Her work can be found in the collections of the Mori Art Museum and the Sato Museum of Art, among others, and in 2007 she received her PhD in Japanese painting from the Tokyo University of the Arts.

Yumi Stynes is an Australian writer, television and radio presenter and massive art fan. She is the co-host of KIIS FM’s 3pm pick-up radio show and presenter of the ABC’s blockbuster podcast Ladies, we need to talk.