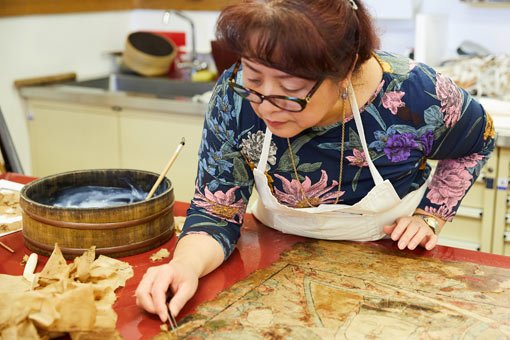 Among the Yao, who live in the mountainous regions bordered by China, Vietnam, Laos and Thailand, there are few sculptural representations of deities. Historically, priests and other members of the community trained in painting and calligraphy were commissioned to create the pantheon of Daoist gods in sets of 22 or 24. The painted images of the gods were hung close together, sometimes overlapping around the inner walls of a Daoist chapel, where they were believed to observe and mediate special rituals.

The pictures were made under strict codes of conduct to avoid deterring the gods from inhabiting the painting or causing retribution for an unsatisfactory image. Believing that the image should not be compromised in any way, both painter and commissioner were committed to celibacy for the time taken to complete the pictures – usually around two months. The images were then consecrated in a ritual where the priest introduced the painting to the gods and invited them to inhabit the image. When the owner replaced a set, a reverse ceremony was performed, and the gods were politely invited to leave the paintings. It is the deconsecrated paintings that are usually shown in museums.

Senior Asian art conservator Lily Yang undertook the intricate six-month process of conserving the Gallery’s fragile Yao ceremonial paintings ahead of their display in the exhibition Walking with gods.

Generously donated to the Gallery by Dr John Yu and the late Dr George Soutter, these paintings date back approximately 150 years and were previously displayed in small Daoist chapels in China’s Yunnan Province.

When they entered the Gallery’s collection they were in a highly unstable and poor condition due to the environment in which they had been displayed. Each painting was very dirty, caked in dust and soot, and when washed, a strong smell of dirt came off the paper. 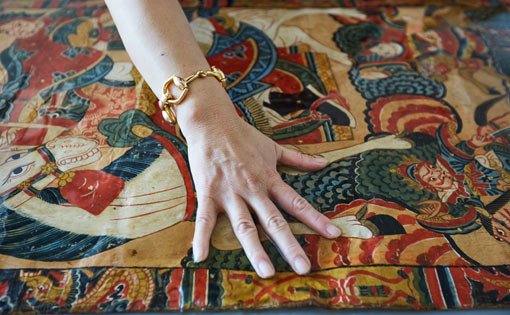 A painting is deep-cleaned in water

The restoration included a deep clean of each painting in water, the removal of the backing papers and relining of each painting. Many of the paintings had become brittle from years of display in the chapels, but as much of the original material as possible was preserved. After removing the backing papers, they were carefully pieced back together, preserving the calligraphy painted on the backings which documents each work and the temple for which it was made. The restored original backing was then lined with two new layers of good-quality paper to strengthen the works from within. The facing and backing were rejoined using paste, dampened with water and stretched against a drying wall to bind the two halves together.

It was important to work very carefully to preserve the paintings’ colours and prevent them from running. Much of the colour retouching was done while the works were still being stretched on the drying wall, to get the best natural light. 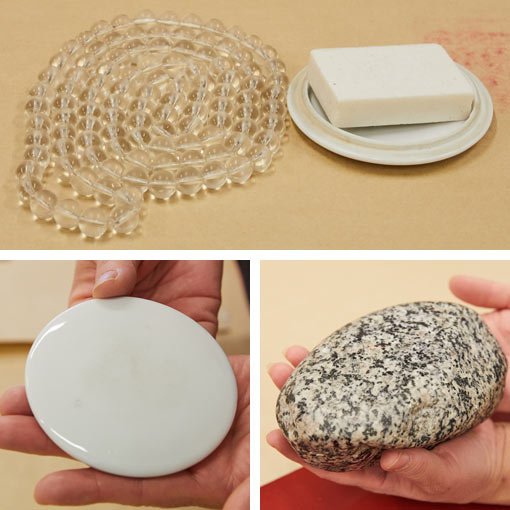 Used for softening the paintings, anti-clockwise from top right: wax, crystal beads, a porcelain disk and a rounded stone

Once dry, the paintings were very hard, and each work was softened by rubbing wax, then crystal beads, a porcelain disk and finally a rounded stone against the backings to bring the paintings back to their original softness.

Finally, new edging tape was added, hanging rods were attached at the top and bottom and, in keeping with the original Yao design, the edges were sewn together, following the style of the paintings’ makers to keep the works as close as possible to the originals. 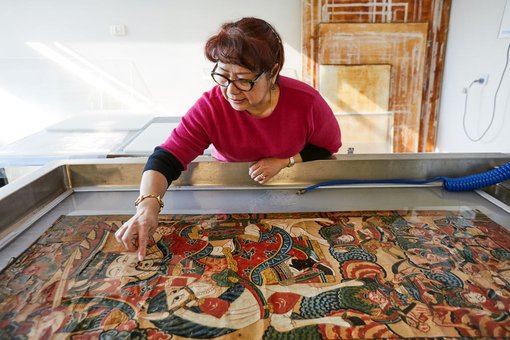 Deep-cleaning a work in water

Piecing the backing papers back together

Lining the backing with new paper

Rejoining the facing and backing

Stretching the work on a drying wall

Rubbing the backing to soften the work