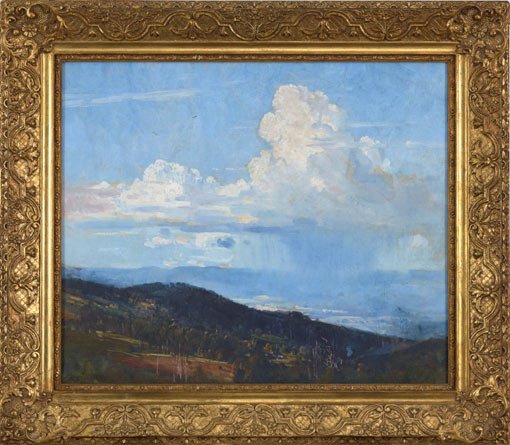 When I began work on the Gallery’s upcoming Arthur Streeton retrospective exhibition 18 months ago, I viewed all 51 of his paintings, prints and drawings within the collection.

Streeton’s justly famous bravura impressionist landscapes, including Still glides the stream, and shall forever glide 1890 and Fire’s on 1891, painted when he was in his 20s, were on display as they have been since they were purchased in the 1890s. Nearby were two evocative First World War paintings, Boulogne 1918 and recently restored Villers-Bretonneux 1918. However, all of Streeton’s later works, painted after he returned to Australia in the early 1920s and immensely popular at the time, were in storage. 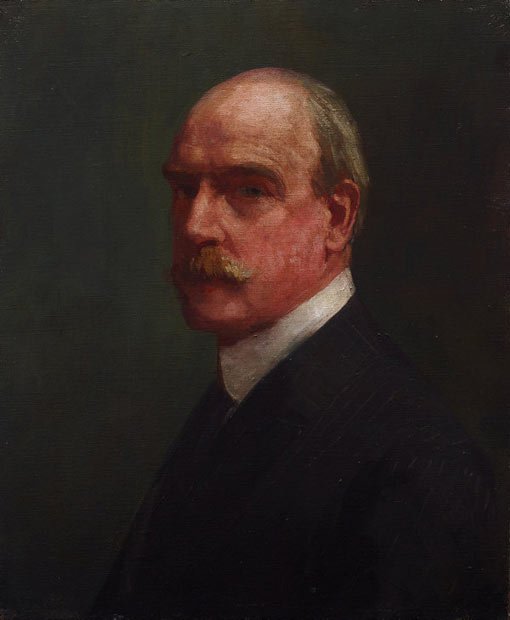 I found Passing showers coated with a thick yellowed varnish and its original frame scratched and discoloured. Even in this state it had a muted beauty that now sings out after conservation treatment revealed the energetic brushwork and the brilliant blue and white of sky and clouds, which are heightened by the revived frame.

Born in 1867, Streeton was nearing the end of his life and only rarely picked up a brush when he painted it in 1937. (He would die just eight years later.) He had lived through extraordinary world events since his early success: economic boom-and-bust cycles, prolonged droughts and times of abundance, the federation of Australia, the First World War, the Spanish flu pandemic, bushfires and bush recovery, the Great Depression. By the late 1930s Streeton was anxious that the world was irrevocably heading to war again, yet in a small group of late paintings he was driven to capture the joy he still felt from the expansive landscape near his home and extensive garden in the Dandenong Ranges.

Streeton painted directly in front of this view, with the observational naturalism of the committed plein-air painter he had been since the 1880s. In his youth, painting outdoors away from the studio with evident expressive brushstrokes was a radical new approach in Australian art, but by the 1930s it was a celebrated convention. Streeton’s technical virtuosity achieved by mid-career has receded in Passing showers, replaced instead with the vitality that painters often arrive at late in life. 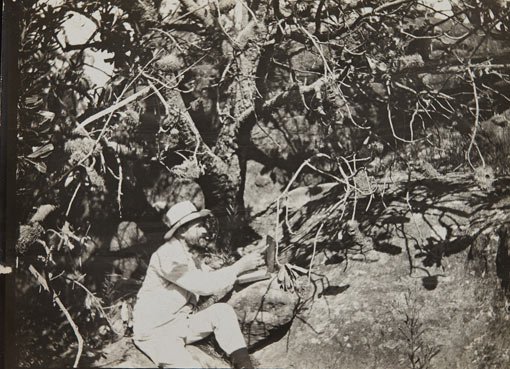 Coincidently, there were scudding clouds and heavy showers when I wrote about this painting for the forthcoming exhibition book from the veranda of my house in Kangaroo Valley. In the eucalypt forest surrounding the house, lush green and bronze shoots were bursting through deeply charred bark that was burnt at the height of the bushfires three months ago. The slowly rejuvenating landscape echoed the sentiment expressed in Passing showers. It is a scene that celebrates the enduring natural world, with every moment being succeeded by another, of rain passing and life renewed. It seems an apposite painting for our moment. 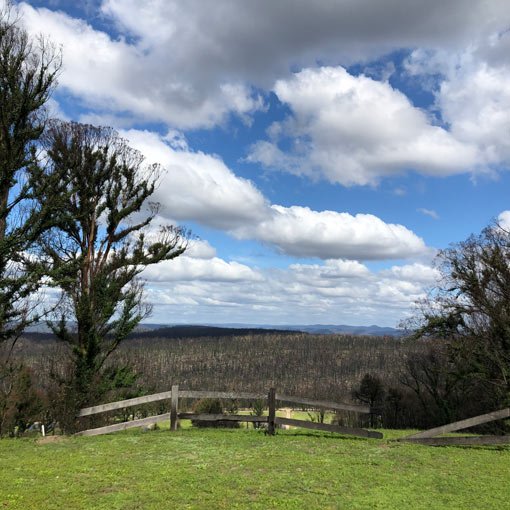