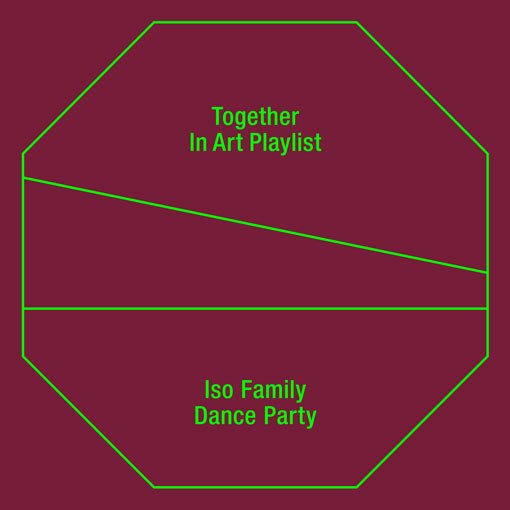 Micro dance parties in the kitchen have helped keep my household of two adults and a six-year-old in good spirits. The five highlight tracks here reflect the family’s eclectic taste. While they may be unlikely to turn up on your streaming recommendations, they are all dance-floor certified by a first-grader.

You can listen to the complete playlist on Spotify

I’m starting with Psychic TV in memory of Genesis Breyer P-Orridge, who sadly passed away last month. I had the incredible privilege of working with Gen on the exhibition S/he is her/e at The Andy Warhol Museum in 2013. S/he was a generous, brilliant and complex individual. In 1975 s/he co-founded Throbbing Gristle, a band that made Britain’s fledgling punk scene sound tired and conservative. In response to the punk clarion call, ‘Here are three chords, now form a band’, Gen infamously asked, ‘Who needs chords?’ In 1981 s/he put together Psychic TV, an art collective-cum-band that helped pioneer acid house. ‘Papal breakdance’ was made at the height of the acid house scene and goes to show that dance music can be at once experimental, moving and great fun.

No kitchen dance party has been complete without this one. Lead vocalist Janine Rainforth co-founded the band Maximum Joy as an 18-year-old photography student in Bristol. They only made one album and it contains some of the most exuberant British music of the 1980s. There are no music videos but YouTuber Matthew Morgan has generously uploaded a recording of the ‘In the air’ 12-inch (you’ll probably note that it’s had less than 5000 views in eight years, but trust me!). The song also transports me back to a pre-COVID-19 party at my friend Alexie’s house where 20 people danced to it in an inner-city-sized apartment. Maximum joy!

Martin Creed’s art is smart, funny, elegant and humble. His works play with everyday objects, words, emotions and ideas, revealing them to be stranger and more poetic than we ever could have imagined. Music has long been a central part of his practice and he regularly composes and performs songs as artworks, sometimes making fantastic videos to accompany them. ‘Understanding’ starts slow but turns into a great dance and singalong number; or you could follow Martin’s lead in the video and jump instead.

This is for my partner, artist Gemma Smith, who loves dancing to the Kamba band Nguuni Lovers Lovers. Led by Alex Kasau, they play a treble-heavy, super-fast style of Kenyan music. I love the way the guitar is used in their music – one moment it’s picking out gorgeous mini-melodies and the next a single note is struck repetitively as if the guitar were a percussion instrument. Best place to listen to the Lovers is on YouTube, where you can also research some killer dance moves. It’s seriously fast, so stretch first.

For the wind-down, here’s an obscure American group from the 1960s. Featuring brothers Arthur, David and Ruben Robles, the Majestics never made it big on the charts but released one of my all-time favourite soul numbers (a version was re-released later under the moniker David & Ruben). It’s a beautifully constructed song with gliding strings, declarative horns and a stomping 4/4 beat. All the better if there’s a dusting of flour on the dancefloor from your isolation baking. You can try some spins and slides for the finale.

May 01 2020, 4pm
by Nicholas Chambers
Senior curator of modern and contemporary international art