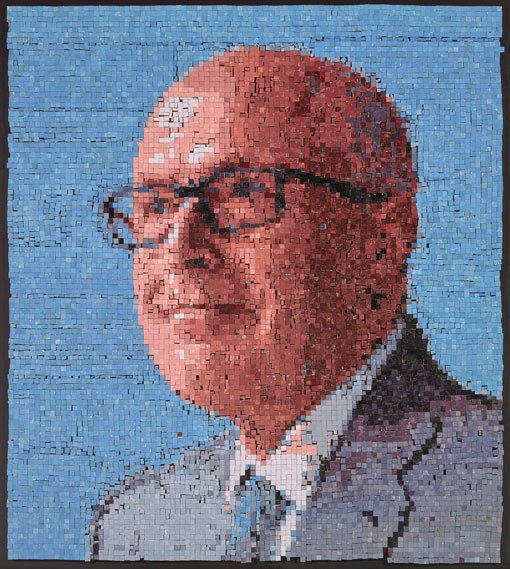 It’s probably influenced by last year’s Wynne Prize being awarded to the Ken Family Collaborative – five sisters from the Aboriginal community of Amata in South Australia – but the number of collaborative works and works from Indigenous artists in the 2017 Archibald, Wynne and Sulman Prizes is certainly noteworthy.

These collaborations are among 15 works by Aboriginal artists in the Wynne, three in the Archibald and one in the Sulman. Take a look at them all. 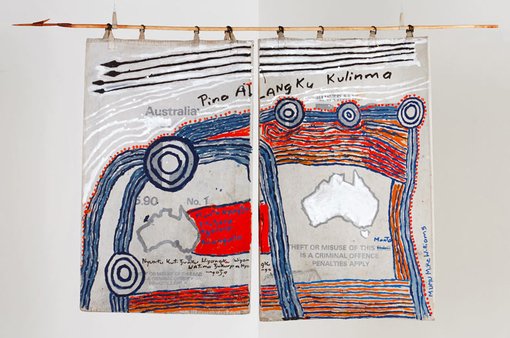 No less than 301 student artists, aged five to 12, had a hand in making Goodbye, Sir!, using painted woodblocks to create their take on a pixelated computer image. They have been selected for inclusion in the Archibald – undoubtedly both the youngest artists ever to take part and the largest number.

However, it’s not the only time that students have had their portrait of their principal on display: the 1990 exhibition included the work of 20 students from the Julian Ashton Art School, made with Hadyn Wilson to honour Julian Ashton, the school’s founder, and his great-grandson Paul Delprat, who was the school’s principal at that point.

The final collaboration this year is by Robert Malherbe and Philjames in the Sulman – the result of what Philjames describes as an 'online fanboy moment’. Malherbe, a six-time Wynne finalist and 2010 Archibald finalist, also has a self-portrait in this year’s Archibald.

Almost half the works in the exhibition are from first-time finalists.

Among them is Andrew Lloyd Greensmith. If his name sounds familiar it’s not from art world circles. Greensmith is a plastic surgeon and the recent ex-chief of the Department of Craniofacial Surgery at the Royal Children’s Hospital Melbourne, where he co-headed the team who successfully separated conjoined twins Trishna and Krishna in 2009. This year, he’s made the Archibald with a portrait of 102-year-old Eileen Kramer – on display with all the other finalists from 29 July. 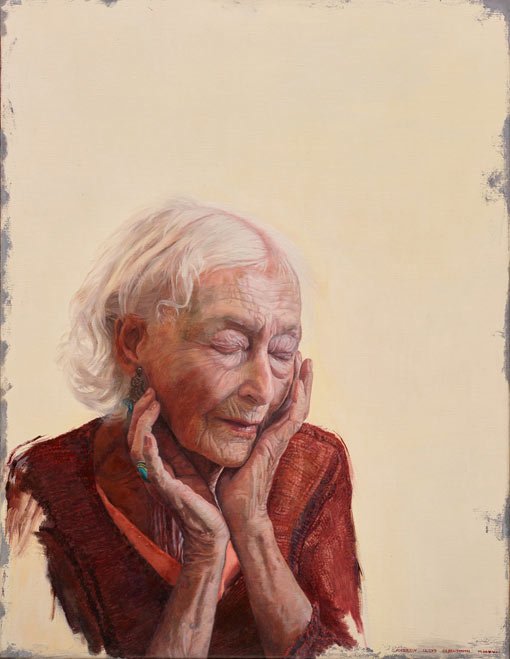 Next post: Not the selfie as you know it