Animals in the Archibald 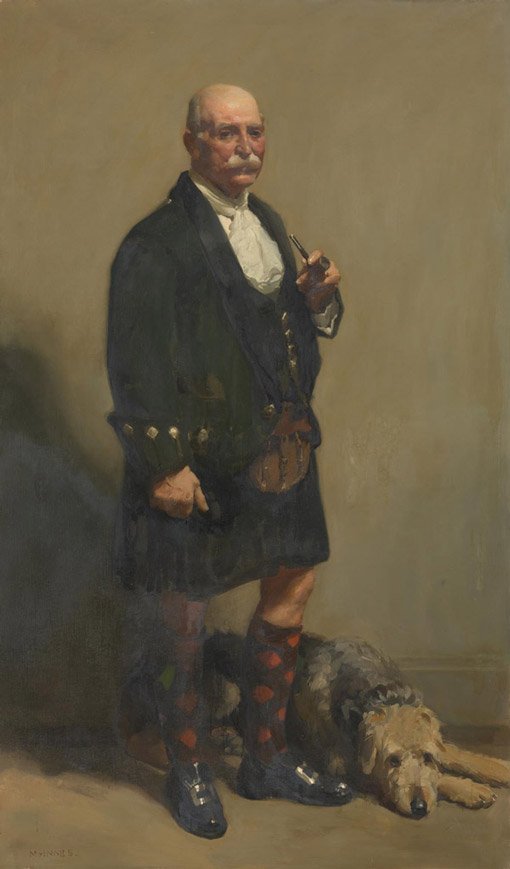 With two dogs, one cat and one bird among this year’s Archibald Prize finalists – in works by Del Kathryn Barton, Marc Etherington, Marina Finlay and Julian Meagher – it is worth talking about the role of pets, and animals in general, in the prize.

The story of pets and animals in the Archibald goes back to the early days of the competition but it is also true that portraitists in Australasia seem to have enthusiastically embraced the theme in the 21st century. It’s an enthusiasm that the trustees on the Art Gallery of NSW Board, who judge the Archibald Prize, have taken up.

The first animal known to appear in the Archibald Prize was James Dyer’s loyal pet dog, in one of WB McInnes’s entries in the 1923 competition (now in the National Gallery of Victoria). This was not a universally welcome development. William Moore, writing in the Sydney Daily Telegraph, lamented that ‘one regrets the introduction of the hound at [Dyer’s] feet, which does not fit in well with the rest of the composition…’ 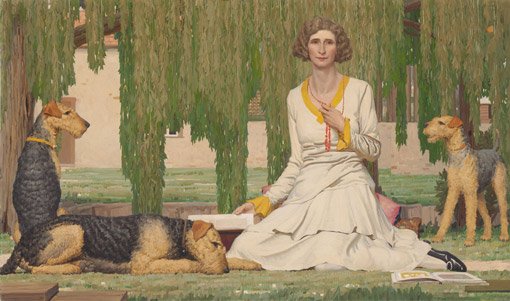 Pet dogs also featured prominently in Napier Waller’s 1931 entry, a portrait of his then-wife Christian Waller and their three Airedale Terriers – Baldur, Undine and Siren. This portrait – which was subsequently reworked during 1932 and now hangs in the National Gallery of Australia – was one of the first ‘big’ portraits to be exhibited in the Archibald Prize. CR Bradish, the critic for the Sydney World, thought the work, ‘an impression of Mrs. Waller, drooping willow leaves and three Airedale dogs’, may have been ‘the beginning or the end of a mural decoration’. 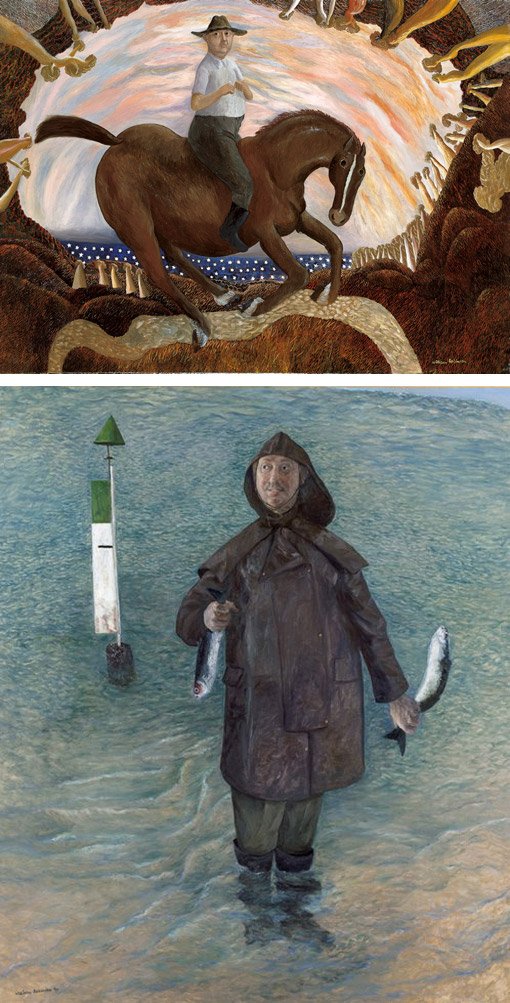 From top: William Robinson Equestrian self-portrait and Self-portrait with stunned mullet from the 1987 and 1995 Archibald Prize

Equestrian portraits are another field in which animals play an important role. McInnes was again a pioneer of this, painting his son Malcolm riding a horse in the 1927 entry The days of real sport (unfortunately, we have no image of this available).

William Robinson’s first Archibald Prize winner – 1987’s Equestrian self-portrait – was the first and, so far, only equestrian portrait to win. His second winner – 1995’s Self-portrait with stunned mullet – was also animal-themed, with a school of the eponymous mullet swirling around the artist’s feet as he holds on to two more (certainly not the only fishy appearance in the history of the prize).

The most recent Archibald winners to feature animals were Tim Storrier’s The histrionic wayfarer (after Bosch) in 2012 and Del Kathryn Barton’s Hugo in 2013. In Storrier’s portrait, his beloved pet dog Smudge watches as a sketched self-portrait of Storrier blows away in the wind. In Barton’s portrait, actor Hugo Weaving cradles a wildcat.

Animals as symbols or metaphors of the human experience are common in the Archibald Prize these days. In this year’s competition Etherington’s Granny is the kind of dog that the artist wants to own. In 2006 John Konrads’s companion was the black dog of depression in a finalist painted by Gillie and Marc Schattner (Gillie & Marc now specialise in anthropomorphised sculpture).

Finalists Paul Worstead and Darren Crothers have both entered anthropomorphic self-portraits in the Archibald Prize – Worstead as a rabbit in 2004 and Crothers as a black sheep in 2007 – and it is usually understood that the tortured baboon in Brett Whiteley’s 1978 winner Art, life and the other thing, now in the Gallery’s collection, is an anthropomorphised representation of heroin addiction, the ‘monkey’ on Whiteley’s back.

A few of the portraits of people with their pets shown at the Archibald Prize over the years have also been acquired by the Gallery, including Arthur Murch’s Miss Suzanne Crookston, an exhibited entry from the 1935 competition, which shows the sitter with one of her miniature black and tan terriers, and Sali Herman’s Self-portrait, with his cat Sandy, from the 1971 competition. 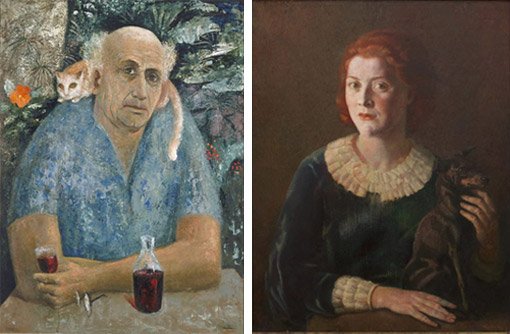 Interested in more about animals and art? Browse a larger selection of animals from the Archibald

Available from the Gallery Shop:

The Archibald Prize 2018 exhibition is on display at the Gallery until 9 September 2018, followed by a tour.