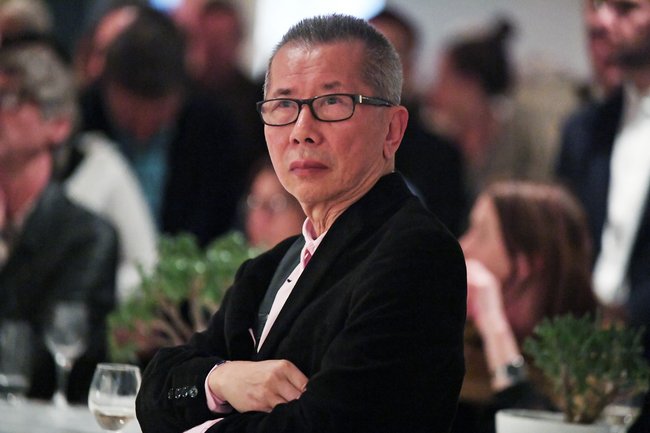 In The art that made me, artists discuss works in the Art Gallery of NSW collection that either inspire, influence or simply delight them. This selection by William Yang first appeared in Look – the Gallery’s members magazine.

‘I like simple work,’ says photographer and performance artist William Yang, ‘and I like
works that tell stories, or take you on some kind of journey. Sometimes things can get too
intellectual but the works I’ve chosen here stay close to the senses, close to emotion.’

Yang approaches his own work in this same vein, with his pictures reflecting everyday life. In the 1970s he began documenting Sydney’s gay scene and, then, the impact of AIDS. His 1992 performance monologue Sadness was a window into a time when Yang attended ‘more wakes than parties’. 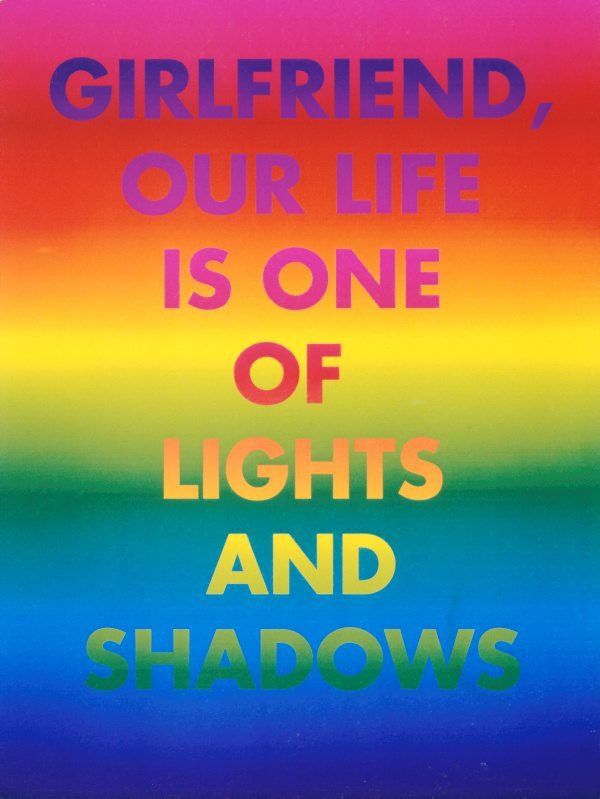 AGNSW collection David McDiarmid Girlfriend, our life is one of lights and shadows 1994

I knew David well. He was the first person who articulated to me what a gay sensibility is, and to recognise what parts of the subculture were unique. He did these rainbow aphorisms right at the end of his life when he was dying of AIDS. He made them on a computer because he no longer had enough energy to do large pieces. They are provocative and have a very dark humour to them – he was facing death, but doing so with a kind of bravado.

‘Girlfriend’ is a term of intimate address between gay men that David started using when he came back from New York in the early 1980s. David and I had travelled the same path, the same city, the same parties, the same friends. We saw Mardi Gras together. We saw AIDS together. Looking back, that was almost like living through a war because people were dying around you and there was fear in the air. We saw all this through the lens of Sydney.

I think that his late work about AIDS is his best. I like the rainbow aphorisms because they
are pithy, witty, and they reject self pity. When I saw David, just before he died, he was upset that he wouldn’t be able to keep working, because that’s all he wanted to do – to keep making art.

I had an epiphany in my late thirties where I embraced my Chinese heritage, which I had
previously been denied because of my Western upbringing, so I researched my Chinese family history and ‘discovered’ Chinese philosophy and art.

I was looking at artworks [on the Gallery’s website] when I discovered this woodcut. I
loved it the minute I saw it. I knew nothing about it, nothing about the artist, but I knew
that he has taken a traditional Chinese format and rendered it in his own contemporary, naïve style. The horse is very punk and attractive. There’s a whole genre in Chinese art about the master/scholar and the manservant doing lofty things, like writing poetry or meditating in the mountains. Here they are setting off on a journey in spring. It’s a wonderfully uplifting work, I think, realised with just the barest of lines. 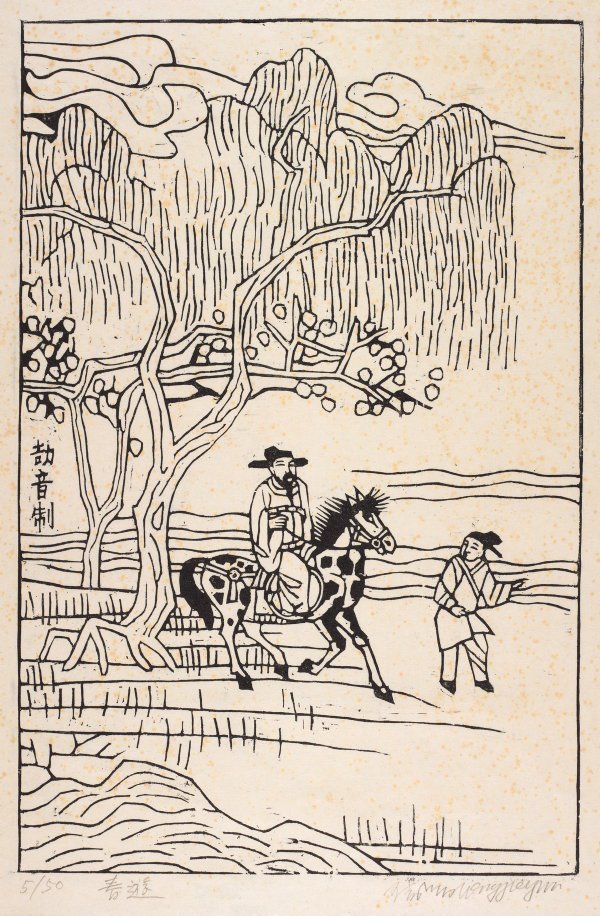 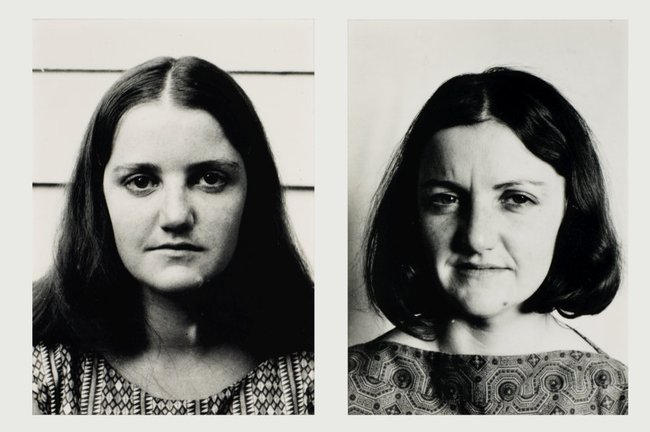 I met Sue Ford in 2007 at an artists’ retreat at Bundanon, the former farm of the artist Arthur Boyd near Nowra. Here I helped her edit some of her photos. My sense of her was that she could be a difficult person, very strong, and difficult to work with. She had clashed with others, but we didn’t clash. I think she was grateful that we formed a kind of friendship in art. I would see her every time I visited Melbourne, until she died a few years later.

I remember seeing this work long before then, probably in the 1970s. She wasn’t the first person to use this idea of before and after, and she won’t be the last. I mean, I’ve used it
myself. It’s one of the things a camera does easily, even magically; it captures a moment
in time. But I chose this image because of the face. Sometimes faces don’t change much.
This face has been on a journey. A lot has happened in ten years. Look at her eyes. There
is an unspoken story that exists between these two pictures.

Fiona Hall is not well known as a photographer. I remember seeing another work from this
series about carpets and furniture. This one is very similar to the one that struck me, and it is
equally brilliant. The elements in this picture, the upholstery, carpet, are man-made and yet the patterns suggest nature, so it forms an interior landscape. It’s taken with a large-format camera and it’s very alluring when you see it. It follows my own philosophy of observation. I come from the photo-documentary tradition and, while I’ve adapted to embrace photo media, my roots are in photo journalism, or documenting things. This is closely observed reality, where the artist’s eye transcends the ordinariness of the subject. 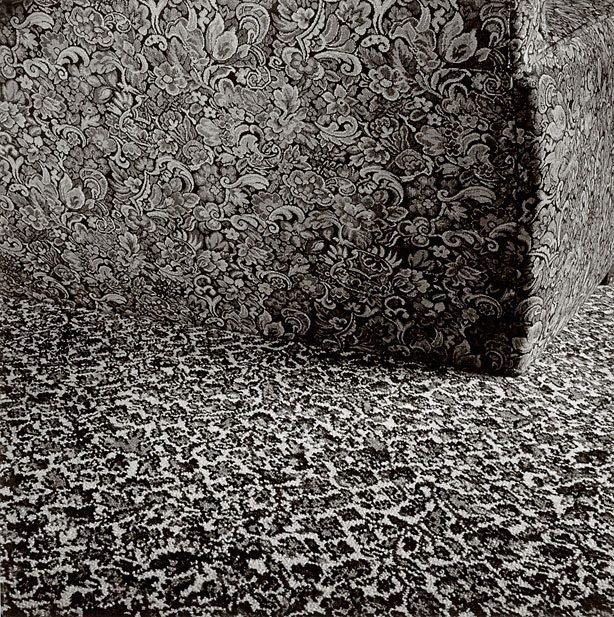