‘An effect is only momentary... Two half hours are never alike... So, in these works, it has been the object of the artists to render faithfully, and to thus obtain first records of effects widely differing, and often of very different character.’

Such was the approach articulated by the artists in the catalogue to The 9 by 5 impression exhibition, in which these works were included.

Tom Roberts, Arthur Streeton and Charles Conder were the three principal artists involved in this controversial exhibition, probably the most famous in Australian art history, which marked a turning point for Australian landscape painting. 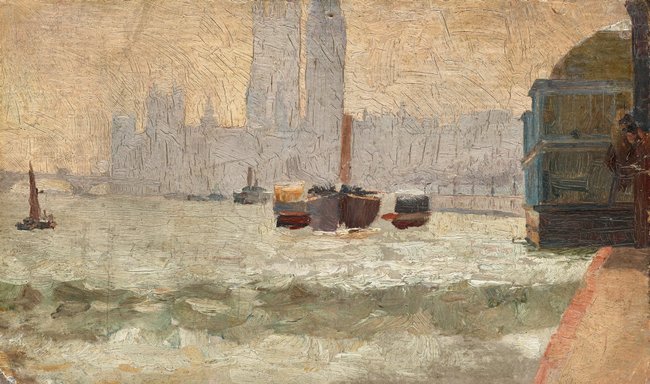 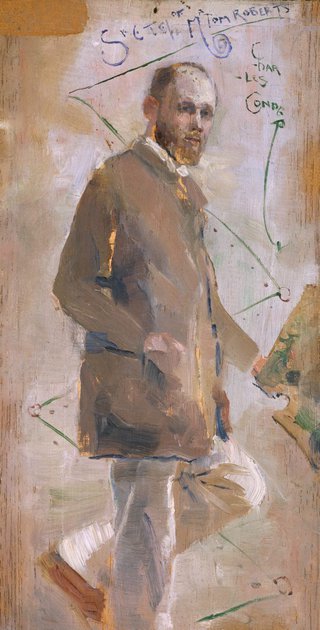 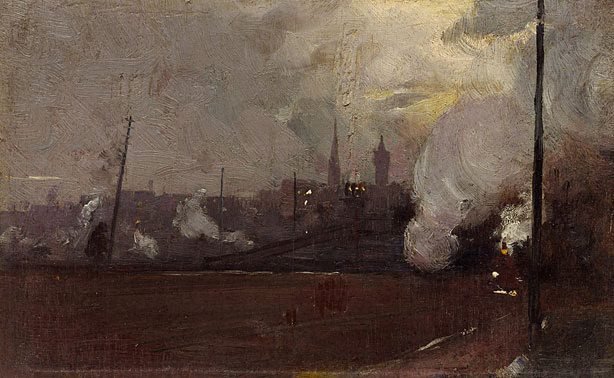 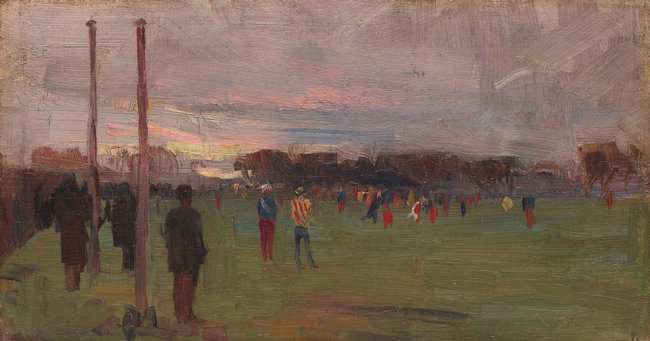 Probably the most famous exhibition in Australian art history 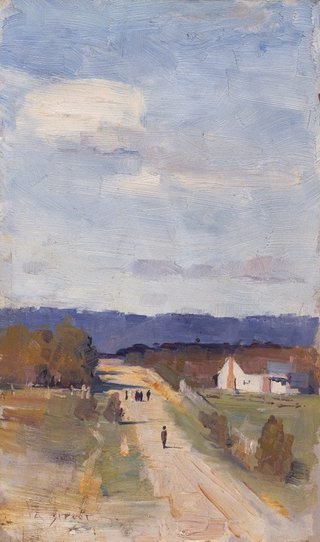 AGNSW collection Arthur Streeton A road to the ranges 1889

Held in Melbourne in 1889, the exhibition consisted of 182 ‘impressions’, most of which were painted on cedar cigar-box lids 9 by 5 inches in size.

Although portraits and interiors were also included, the majority of these works appear to have depicted landscape and were characterised by a free painterly style, fresh colours and informal composition.

Normally such works would have been considered preliminary sketches for larger works and consequently unsuitable for public exhibition.

The 'impressionist' technique, quite distinct from the broken colour technique of the French Impressionists, was to evolve into a form of landscape painting that dominated Australian art for decades.

The principal inspiration for The 9 by 5 impression exhibition was a James McNeill Whistler exhibition of small atmospheric sketches exhibited as finished works, Notes - Harmonies - Nocturnes, which had been shown in London in 1884, where it was almost certainly seen by Tom Roberts.

Whistler's provocative approach to self-promotion and emphasis on display also influenced the 9 by 5 exhibitors, who incorporated an interior hung with exotic drapes and decorated with Japanese ornaments in accordance with fashionable aesthetic tendencies of the time.