This selection of figurative prints by Henri Matisse and Pablo Picasso illustrates another aspect of their prodigious creativity.

Unlike Picasso who sustained a continuous interest in printmaking, Matisse concentrated his efforts into relatively short periods.

In his early career, Picasso worked exclusively in the techniques of etching and drypoint, of which The frugal repast 1904 is a prime example. On the other hand, the fauve Matisse was attracted to the bold, simplified qualities
of woodcut, as seen in Three-quarter-length nude 1906.

A return to classical order characterised both artists’ work between the wars. From the early 1920s, many of Matisse’s paintings and lithographs explored the exotic theme of the odalisque, derived from 19th-century French academic art. Picasso’s neo-classical manner, which emphasised pure outline, is shown here in several etchings from his Vollard suite, produced between 1930 and 1936.

Picasso’s use of lithography was minimal until a period of intense experimentation in the mid 1940s, coinciding with new subject matter and a more expressive handling. The large, stylised portrait Head of a woman 1948 is of the artist’s muse and lover Françoise Gilot. 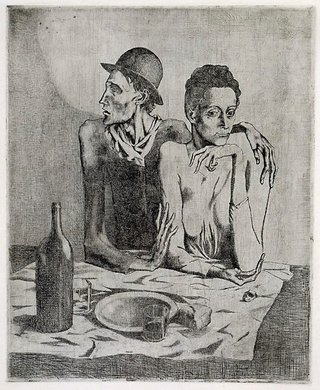 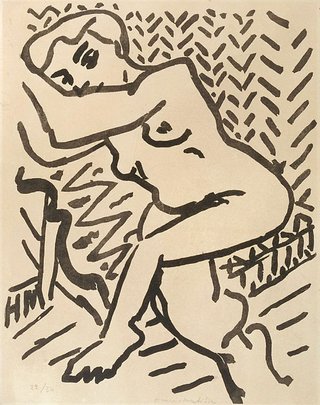 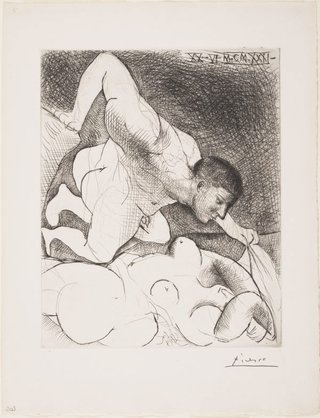 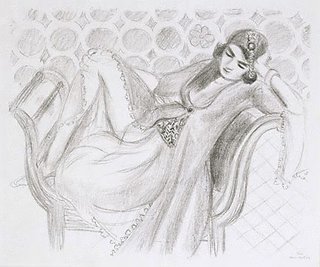 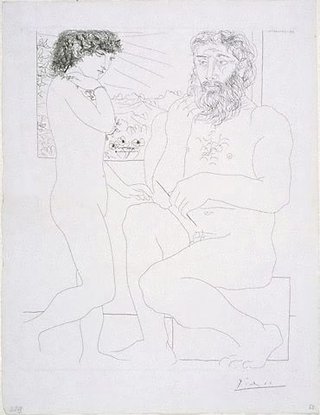 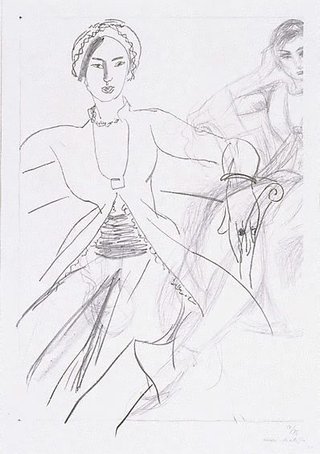 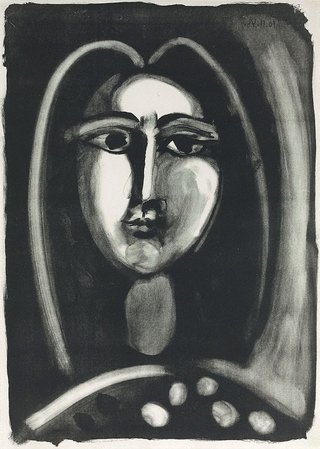 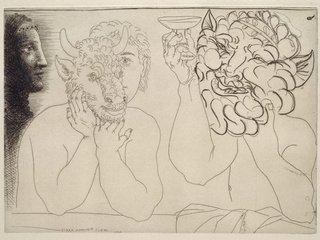 AGNSW collection Pablo Picasso Young man with mask of a bull, faun and profile of a woman 1934 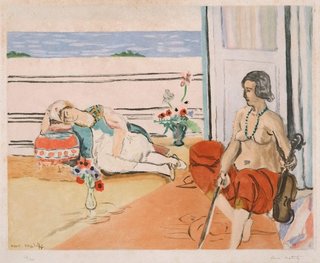