Thea Proctor (1879-1966) began her art studies at Julian Ashton's Sydney Art School in 1896. Her early work revealed a strong interest in design, which was to become the defining characteristic of her oeuvre.

In 1903 Proctor travelled to London, where she was to live and work for 18 years. On her return to Australia in 1921, she became a commanding figure in Sydney's art world and an advocate for modernist design.

Along with her friend George Lambert, she was involved in the establishment of the Contemporary Group in Sydney, which fostered young avant-garde artists. 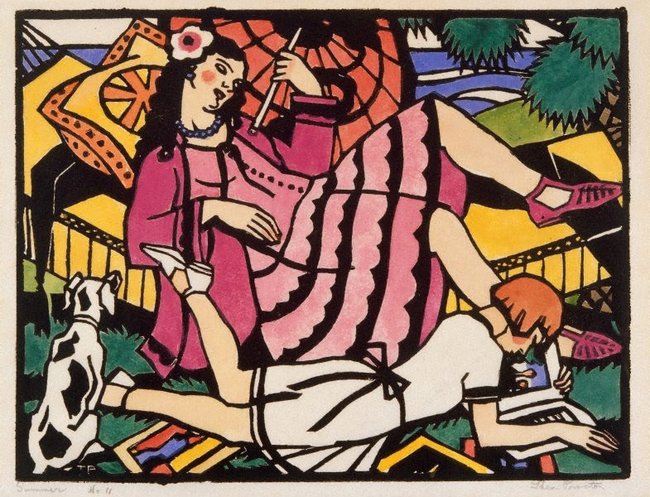 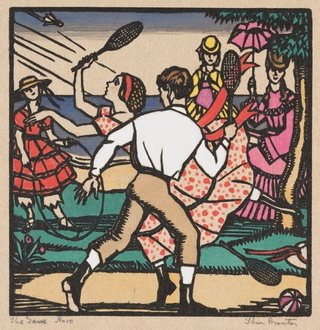 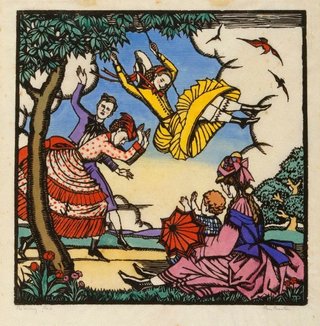 Proctor's first woodcuts were made with wood given to her by fellow artist and printmaker Margaret Preston, with whom Proctor held a joint exhibition in 1925 where these prints were shown.

The woodcuts presented here - currently on display in the Australian galleries - have a sense of light heartedness and frivolity, depicting imagery of bygone times - an imagined Victorian world, where ladies wore crinolines and carried parasols.

Proctor was influenced by costume and fasion of the late 19th century; however, she has portrayed these nostalgic scenes in a modern manner by applying vivid flat colour and utilising decisive carving to create bold, angular lines. 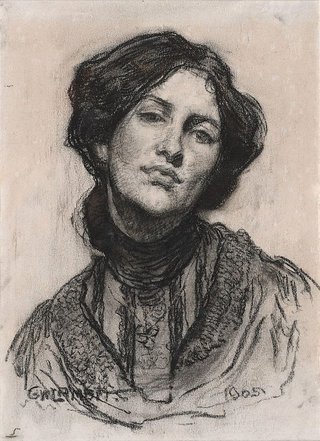 Click the artist profile to read more about Thea Proctor and view all her works in the Gallery collection.