The art that made me: Ben Quilty 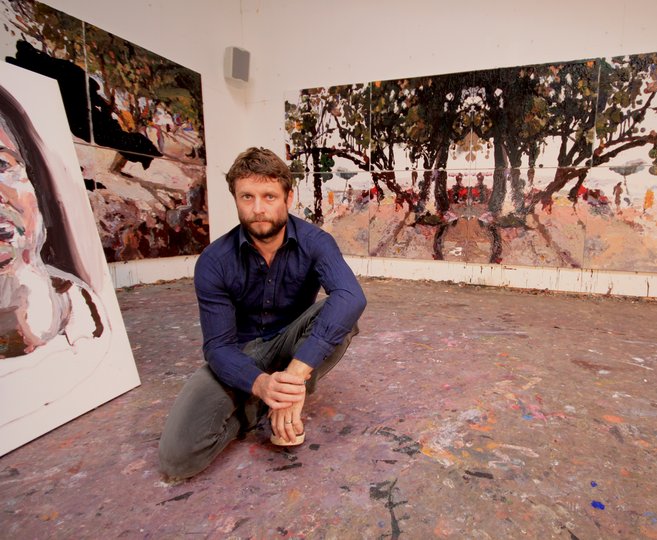 In The art that made me, artists discuss works in the Art Gallery of NSW collection that either inspire, influence or simply delight them. This selection by Ben Quilty first appeared in Look – the Gallery’s members magazine.

When Andrew Denton visited Ben Quilty at home in 2013 to write about his Fiji Wedding show at Melbourne’s Tolarno Galleries, the television producer and comedian described a corner of the artist’s studio as being ‘entirely submerged under solidified globs of multi-coloured paint, as if a rainbow had crawled there to die’.

Quilty trained as an artist in an era when it was constantly put to him that painting was dead. Denton’s mortal rainbow was further proof of life. Defying the naysayers, the artist persisted at pushing paint around canvas, picking up the Brett Whiteley Travelling Art Scholarship, Moran and Archibald Prizes, and an appointment to the board of trustees at the Art Gallery of New South Wales along the way.

In 2014 he was awarded the inaugural Prudential Eye Award for Contemporary Art in Singapore and staged his first exhibition in London at the Saatchi Gallery. ‘His choice of subject matter and exuberant painterly style has shocked and seduced,’ Barry Pearce writes in 100 moments in Australian painting. ‘Quilty adding to the mix of his mercurial profile an articulate conscience about society and politics.’

My favourite photograph of all time! Laing spends hours preparing for a single photograph. In this work she has literally carpeted the forest floor. The work speaks to me about the way in which we interact with the natural world. It is a traditionally beautiful image but also a haunting reminder of the dangers that confront us if we continue to ignore the ecosystem that we are a part of. My little boy assumed that the forest had grown into a house when he saw this image. It is alluring, profound and troubling. Great art!

In my opinion Emily is the most important Australian artist of the last 40,000 years. Her work has been shown around the world. She is a legend and I wish that I had had the chance to meet her. Emily lived on the edge of the Simpson Desert and made work from the Utopia Community. With the most deft elegance she traversed styles within her practice like Picasso had and re-created the notion of contemporary art like Duchamp.

As a trustee I sit on the Acquisitions and Loans sub-committee for the Gallery. It is a rare privilege to see the planning and intellectual rigour that goes into building a collection for
the Gallery by the curators. This painting is a brand new addition to the collection. I had read about Japanese-born, LA artist Gajin Fujita but never seen his work in the flesh. The reproductions do no justice to the dazzling surfaces of his works. Using graffiti artists to ‘tag’ the finished paintings Fujita explores notions of identity and class. Fujita was a member of the infamous LA-based graffiti crew K2S.

I've been looking at this painting since I was a little boy. At first I didn't appreciate it, but it's been on the walls of the Gallery almost all of my life and so I've grown to understand it. By 19 years old at Sydney College of the Arts I was obsessed with Primrose Hill, autumn and it drove my studio practice for the next ten years. In an age where it was constantly suggested to me that ‘painting was dead’ Auerbach was using paint obsessively and by painting his local environment so tirelessly he quietly claimed back paint as a viable medium of communication in the new digital era. Auerbach is one of my heroes. 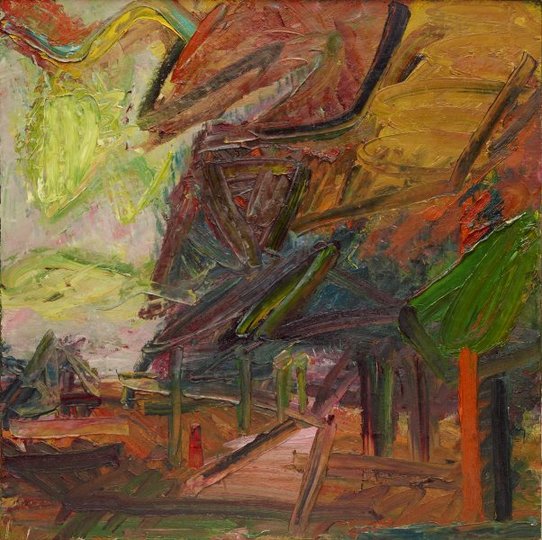