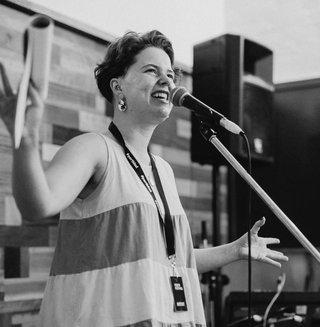 In January 2020 Red Room Poetry Co and the Art Gallery of New South Wales held a competition for the public to respond to the work The photographer's shadow by Olive Cotton. Thanks to everyone that entered.

Maddie Godfrey reflects on the impression of the shadow.

Call me obsessed: I adore shadows. What can the body create from an absence? Can you still possess your own shadow when you exist within someone else’s? If a shadow is a liminal space, how long can a poem linger there?

When I think about being a teenager, there are gaps in my memory. Months that I can only comprehend through school reports and the occasional photograph still uploaded in a private Facebook album.

I believe that an Ekphrastic response involves creating a new shadow for an artwork. The poem lays on the ground like cement, before the artwork, hoping to become an intersection of absence and presence. After all, a successful Ekphrastic poem must exist without the artwork, just as the artwork continues to exist without the poem. This mimics a shadow – which exists relationally but still maintains a cohesive self.

Olive Cotton was a prominent female photographer of the 1930s and 1940s, but many media sources mention her in relation to her first husband Max Dupain. In The photographer’s shadow, Olive is positioned above the photographic subject (Dupain) and her silhouette casts a frame around him. Before writing, I pondered this image as a reversal of public perceptions of female creatives, who are too often discussed within the framework of their male lover. From this context, I started to consider what outlines my own identity.

For a long time, I have been interested in gendered experience as an act of liminality. As existing in two-places at once. A fragmented depiction of selfhood. As someone who identifies as non-binary, I do not ascribe to the notion that I was born into the wrong body, but simply that my gender has always had its own shadow.

This is an excerpt from Maddie Godfrey's reflection. For the full comment: redroomcompany.org/projects/shadow-catchers 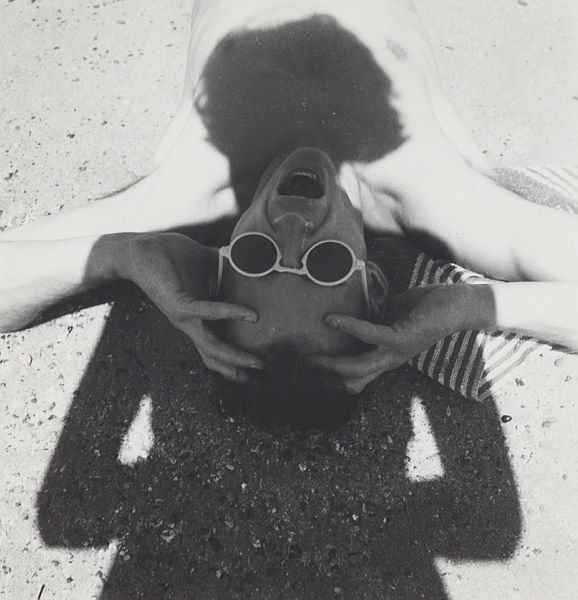 I Grew Up A Shadow Girl, With A Man Outlined Inside Me
(content warning: references self harm)

When I was fifteen in a toilet cubicle next to Talia,
I exclaimed IT’S HERE with my school skirt skimming
my ankles, white socks with two blue stripes, disinfectant
dispensers hanging beside blue tacked announcements.

When I was fifteen sweating through my palms, standing
in a carpeted counselling office. The man with rectangular
eyes repeated, show her what you did to yourself until
blood was no longer a milestone but a symptom.

When I was fifteen and wanted so badly to be anything
but girl. To be blood itself, not the cotton that catches it.
Wanted to be the softness of a football mid-air, when
it exists between release and recipient (untouched).

But I couldn’t play sports in a skirt. I couldn’t play truant
with this body. My unshrinkable shame formed a photo
frame: positioned me precisely within the shadow
of some woman I could have / should have been.

Still I couldn’t play sports in a skirt. So I never learnt to run.
Instead I spent a decade dodging labels and assigning genders
like ‘tomboy’ when I truly meant ‘almost boy’. Talia taught me
how to handle the bleeding, but I hadn’t addressed the wound.

AGNSW Audio Maddie Godfrey: I grew up a shadow girl, with a man outlined inside me