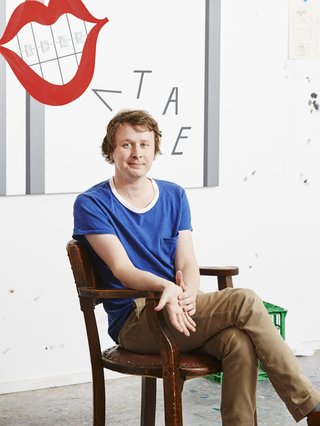 In The art that made me, artists discuss works in the Art Gallery of NSW collection that either inspire, influence or simply delight them. This selection by Mitch Cairns first appeared in Look – the Gallery’s members magazine.

In a year with a number of exceptional portraits, Mitch Cairns’ elegantly rendered painting of veteran artist Peter Powditch was a worthy runner-up in the Archibald Prize 2015 – so much so that the Gallery Trustees acquired it for the collection.

‘I’m just as pleased for Peter,’ says Cairns, runner-up also in 2014, who generally seems less inclined to talk about his own work than the work of others (‘still just ideas,’ he said of a series of paintings taking shape in his studio when Look dropped by).

Adam Cullen’s former studio assistant, Cairns was the recipient of the Brett Whiteley Travelling Art Scholarship in 2012, telling Look at the time: ‘I want to be painting until I’m an 80-year-old, maintaining a practice that means something until I’m dead.’

Clean, geometric lines along with a restricted colour palette are fast becoming the hallmark of Cairns’ work, which is on show in Mitch Cairns: the readers voice at the Heide Museum of Modern Art in Melbourne until 21 February 2016. 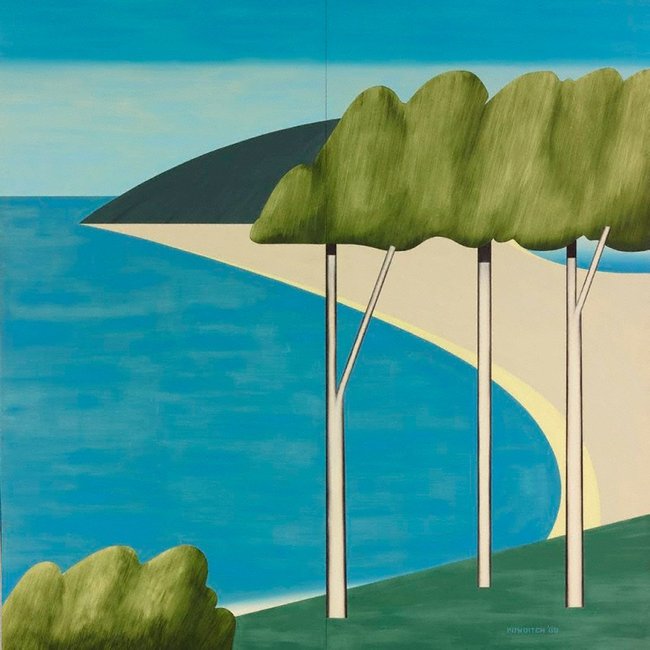 I saw this painting prior to the Pop exhibition, now that I think of it. It was hung in the 20th-century Australian galleries. It’s a big painting. It’s a beautiful square, two sheets of ready-bought ply, which I like – it’s got a ‘drive up to the hardware store and buy some plywood’ type of vibe.

Peter’s a fairly modest character and it’s a fairly modest painting if you think about it. I asked him, ‘Where is it?’ and he said, ‘Ah, it was nowhere specific.’ It doesn’t read as a specific headland. There’s a kind of upfront, no bones approach to the work which I like. The foliage of the trees is this kind of cloud form, the ocean is the ocean and the headland is the headland and they all lock together as shapes. It’s very matter of fact. It’s his vision and his application and his hands, but it’s also generic in its making. And it’s the sharpness of his vision too – he really has a very acute awareness of how form falls together. His attention to where the line can take you and where it intersects is really something. These kinds of paintings are unsurpassed in the history of Australian post-war painting, I think. 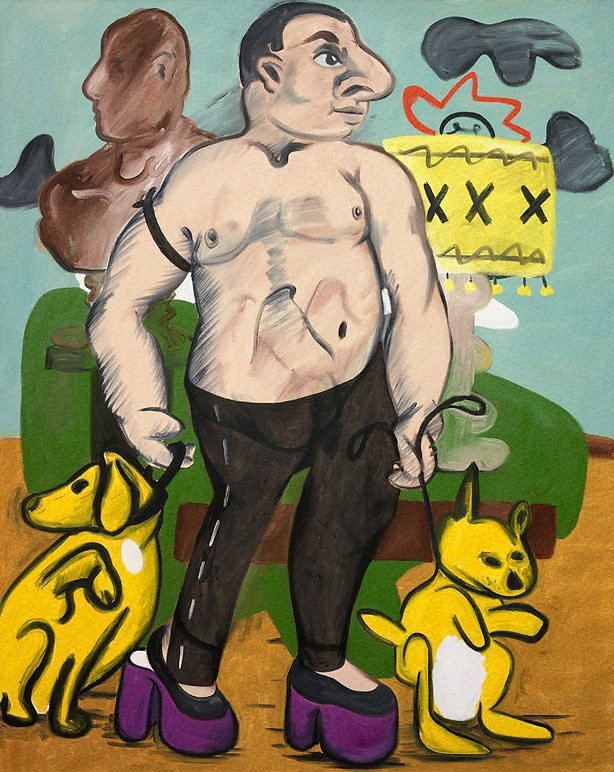 Amanda Rowell, who is my gallerist, used to work at Roslyn Oxley and would let me have a look at Linda Marrinon’s works out the back. She is known for her sculptures, figurative sculptures, and she has this amazing back catalogue of these strange cartoon-like paintings.

I’m sure she would have seen this scenario. Maybe it’s slightly embellished with that strange kangaroo/dog thing. It’s as if her mind is moving as fast as her hand. Maybe the shoes get thrown on, maybe the nose gets extended – you can exaggerate when you’re moving quickly. And, because I have this strange feeling that she’s seen this, believing the oddity of the image is what I like about it. 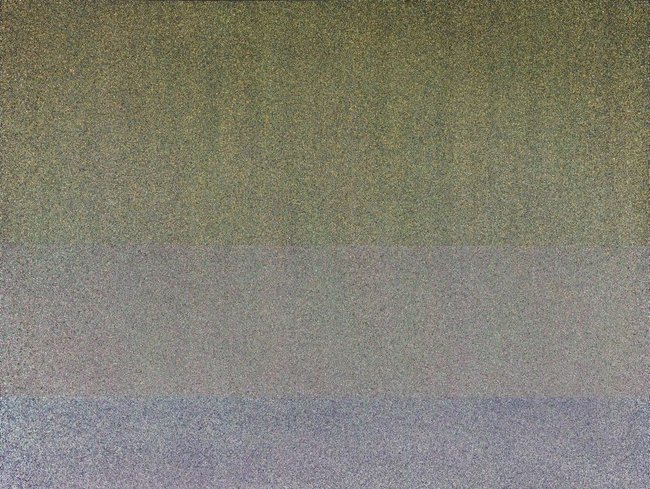 Gunter had a retrospective last year down at Heide Museum of Modern Art and some of the ‘sprankle’ paintings [such as this], which he had made for the São Paulo Biennial, were all there together. They’re all door shapes, door dimensions, so it’s engaging with the proportions of a person, in the same way that this is made with the body. They were painted on the floor and he’d climb a ladder and sprinkle down this paint. In the wake of abstract expressionism and even the way that we think about how some Indigenous work is made on the ground, it does invoke where the body is in relation to picture making. He developed this technique almost solo. It’s hand-made but without hands. There is no brush mark because this paint is falling from a height.

I knew Gunter, I used to have a cup of coffee with him every couple of weeks in the last two or three years prior to his passing. We didn’t talk about these works at all; we would generally talk about works he was making at the time. He never really returned to these ‘sprankle’ paintings, these were things that he made during the 70s. He developed this technique, he mastered it and I don’t think that anyone has tried to replicate it because this is such a Gunter Christmann painting.