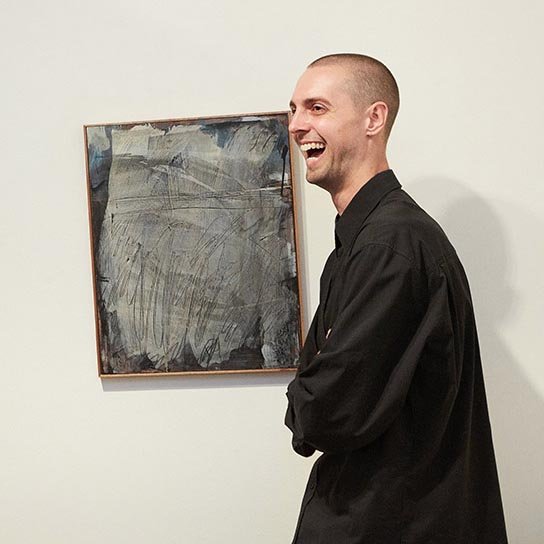 In The art that made me, artists discuss works in the Art Gallery of NSW collection that either inspire, influence or simply delight them. This selection by Sydney artist Jack Lanagan Dunbar first appeared in Look – the Gallery’s members magazine.

Recipient of the 2019 Brett Whiteley Travelling Art Scholarship, Jack Lanagan Dunbar’s work combines personal experiences of history and memory while referencing the mythologies and legendary figures of antiquity. ‘Jack’s paintings are sumptuous and poetic. I was drawn to the way his paintings are at once deeply thoughtful and spontaneous,’ guest judge and artist Gemma Smith says.

The Sydney artist describes winning the scholarship as ‘too good to be true… I’m looking forward to having access to the museums and institutions of Paris. I feel a lot of research will take place during my stay. What comes after that? Who knows?’ 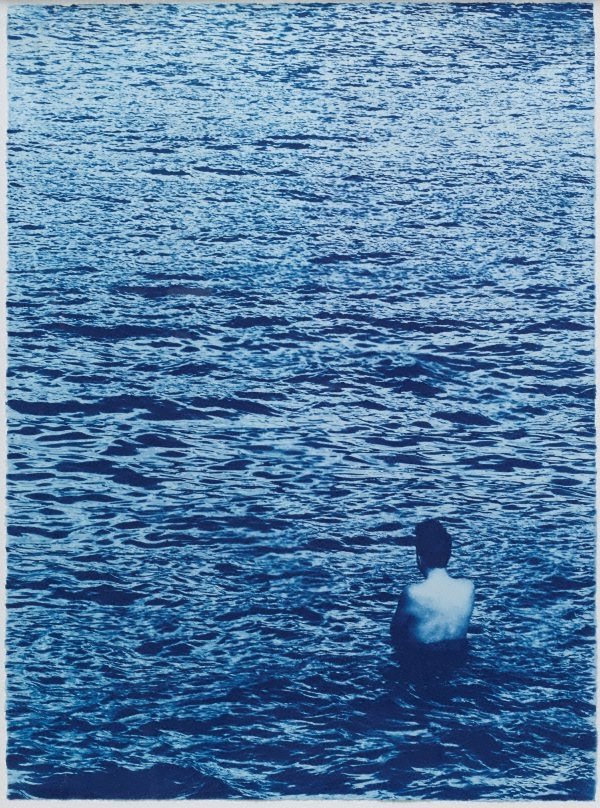 I was working as Todd’s assistant when he produced this work. I’m behind the camera here. I was fresh from university with no idea what to do next when Todd offered me a bit of work. He was working out of a dingy studio in Summer Hill, near where I grew up. The whole area has since been redeveloped. Bonded by the smell of mildew, we worked out how to make cyanotypes, a type of photographic print that relies on UV light to produce an image in a fantastically rich blue.

I eventually set up a studio in a small shack next to Todd’s space. Soon after we were forced to move on and the site was bulldozed. Life goes on. When I started making my own work in earnest it was in another studio shared with Todd. We affectionately dubbed this space ‘The Lab of Infinite Prototypes’ and I have carried the sentiment of this name with me to every other studio I’ve worked in since. 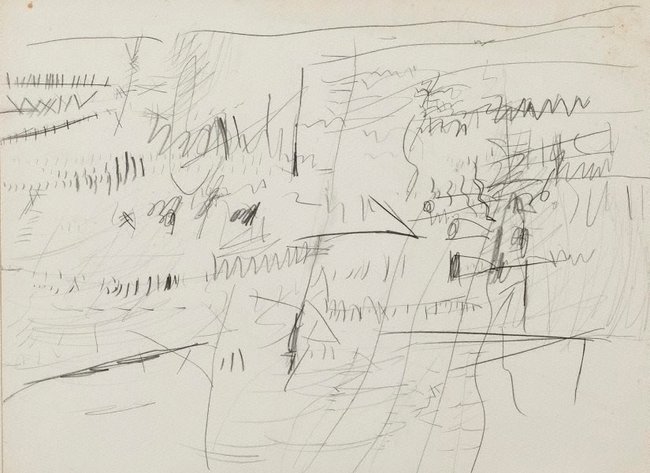 My partner Zara June Williams took me along to see Tuckson: the abstract sublime at the Art Gallery of NSW in 2019. She trained as a painter at the National Art School and, as such, has a wonderful grasp of art history. Tuckson was a major influence on her, and thanks to her, he has come to influence me, too. The vibrancy of his mark-making, the humility of his practice, his obvious understanding of the happenings of the international art world, yet the utter Australian-ness of his work are all things I admire. These works on paper recall a set of sketches from Cy Twombly’s North African sketchbooks, but they are stamped with Tuckson’s unique sensibility. They are distinctly of his place, but well ahead of his time. 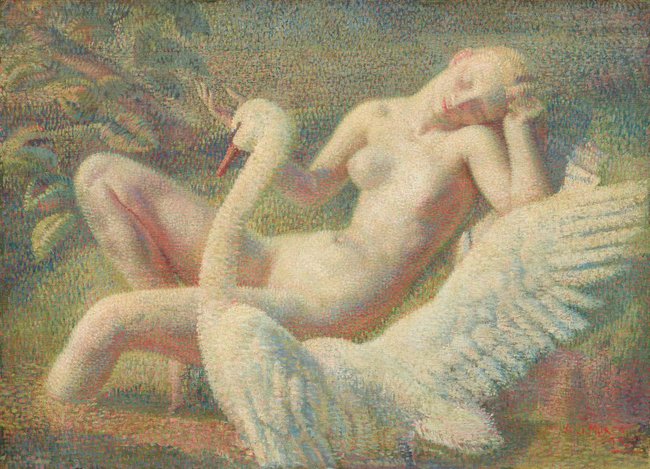 I’ve spent a lot of time around Arthur Murch’s works. They filled the house of Michelle Murch, Arthur’s daughter. Michelle and her partner Walter are like a second set of parents to me. I fell in love with their daughter in my teens and frequently ended up at their house. The time spent there helped me form a sense of what life as an artist might be.

Arthur worked in a time when being an artist also meant being a craftsperson. It was simple necessity. Michelle kept around not only finished works but also incomplete pieces – beautiful plaster studies, bronze test pours and sketches on browning paper.

Leda is, of course, a reference to Grecian myth, a vein of history that’s now made it into my own work. Arthur painted it in London just before the outbreak of WWII and, when the Murch family fled, it spent the entire war there. It was brought to Australia in the late 1940s and purchased by the AGNSW in 1976. 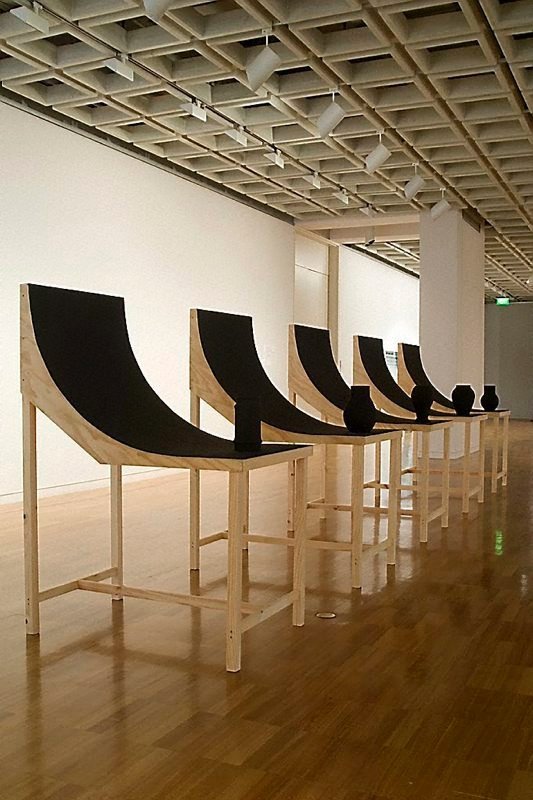 I first came across this work when studying a master’s degree I never finished. I was fixated on photography at the time and the way this work spoke of the shortcomings of that medium blew me away. The piece is of a depth that still sustains my thoughts, despite most of them being about painting and sculpture. It’s a rich patchwork that Redgate has sewn together for the audience; part history, part sculpture, part painting, part photograph, deeply critical. It’s perhaps even bolder as a piece today; an artwork that ultimately resists our culture’s obsession with photographic images. The pieces themselves are censored and from this visual void we have only the titles to guide us. These are used to conjure images of intensely vivid paintings in our mind’s eye. A beautiful, economical yet poetic expression.