Janet Dawson was a pioneer of non-objective painting in Australia in the 1960s and one of the periods most significant printmakers - both of her own work and as a master printer for others.

In 1956 she won the National Gallery of Victoria Travelling Scholarship and left for London to study painting and lithography under Ceri Richards at the Slade School and etching under Anthony Cross at the Central School; later travelling to Italy and France.

These lithographs were made in 1960 during her time working as a printer at the Atelier Patris, Paris and reflect the profound influence of contemporary European and American abstraction on her imagery. From the expressive gesture and pure colour of these sources, she developed a personal language of shapes to translate into art. Grand bruit, Rêve de soleil and Vers l'ombre were her lyrical response to landscape - abstracted renderings that evoked the trees, hills and valleys of the Sabine Hills near Rome, where she stayed whilst in Italy. 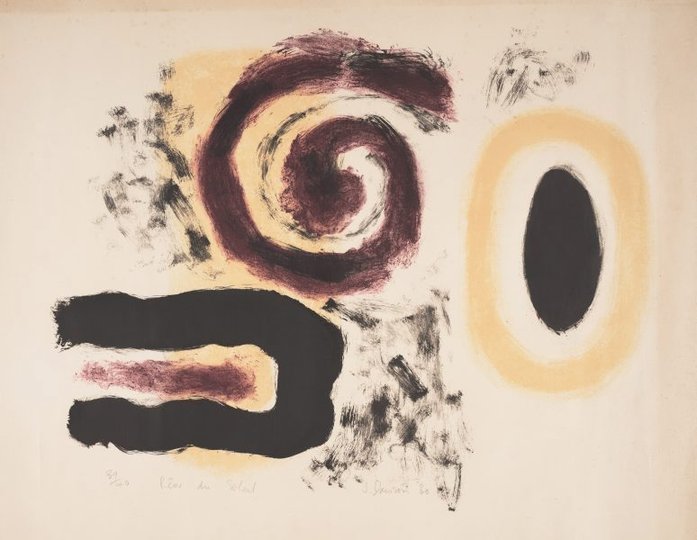 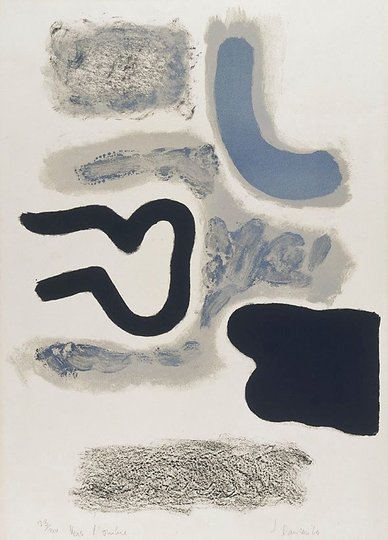 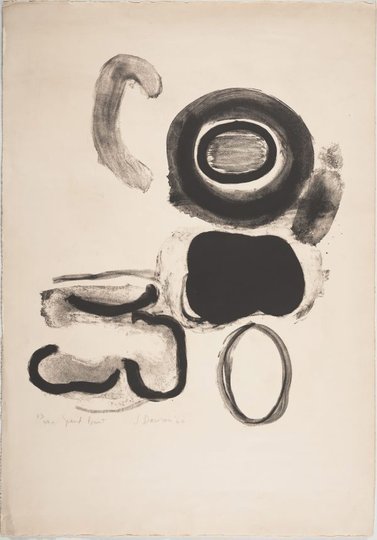